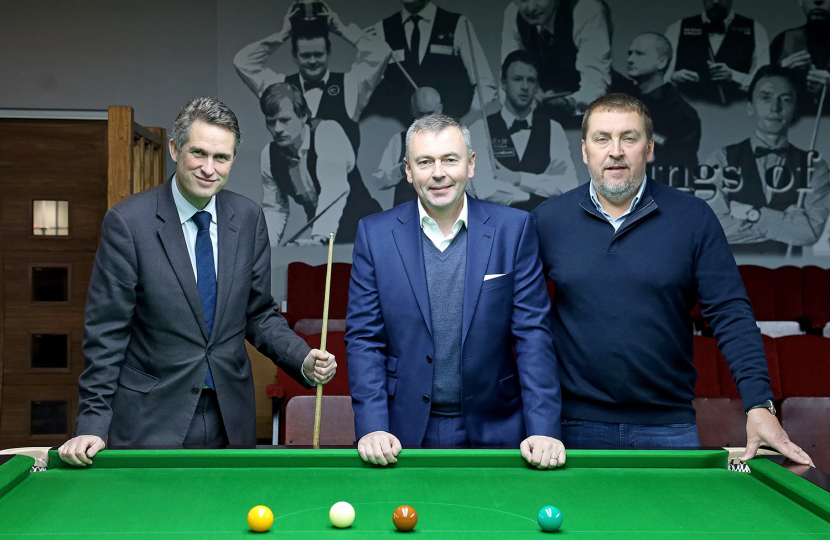 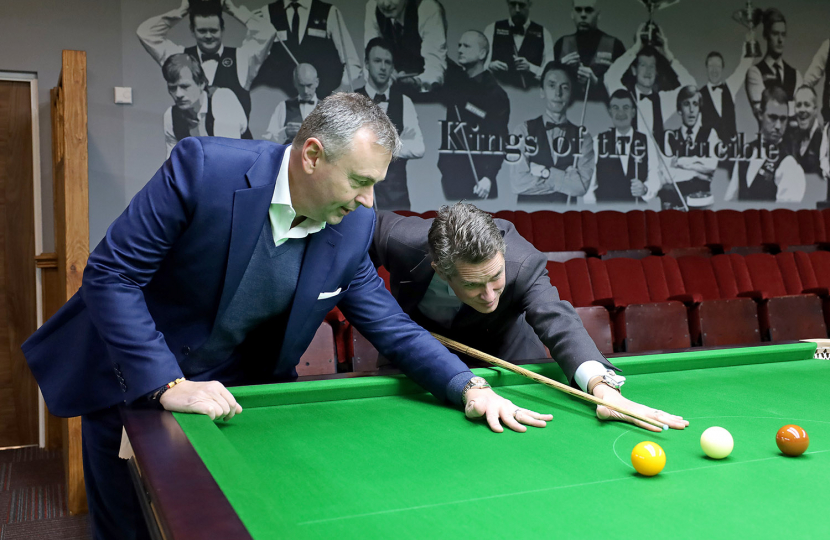 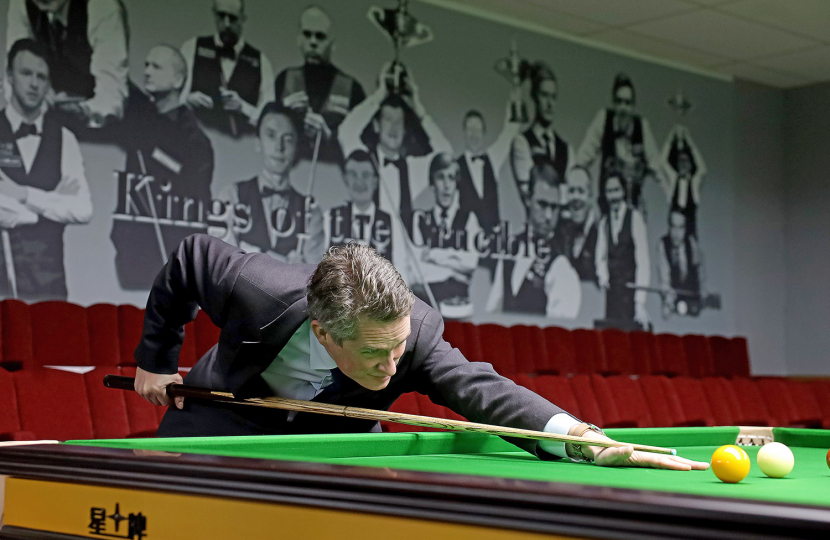 The Q Tour is one of the premier pathways to the World Snooker Tour with two professional places to be won across the season.

The tournament, which ran from the 9th – 11th December, saw 103 players compete for a chance to rise to the top of the Q tour rankings and earn a professional tour card.

The event was eventually won by Daniel Wells, who defeated Sydney Wilson 5-2 in the final on Sunday 11th December.

Sir Gavin said: "I was thrilled to attend the Landywood Snooker Club in Great Wyrley as they hosted the fifth WPBSA Q Tour tournament.

"The club has had a remarkable transformation under the stewardship of Director Paul Lloyd - who has worked hard to modernise the club for the greater benefit of the community.

"It was a pleasure to meet Paul and former professional snooker player Jason Ferguson who is the current Chairman of the World Professional Billiards and Snooker Association. I understand that it was a fantastic tournament with some high-quality snooker, and I hope similar competitions return to Great Wyrley soon."

Sir Gavin Williamson signed the Holocaust Educational Trust’s Book of Commitment, in doing so pledging his commitment to Holocaust Memorial Day and honouring those who were murdered during the holocaust.