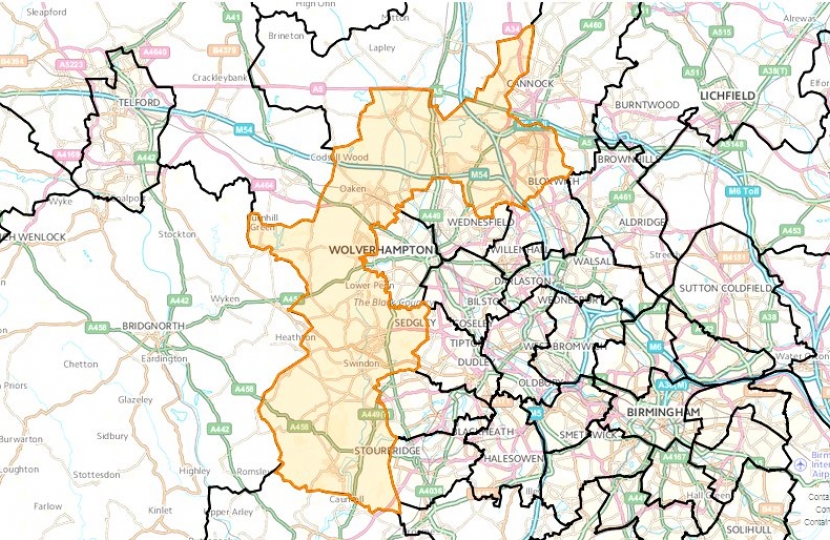 South Staffordshire is a parliamentary constituency in Staffordshire, England, with a population of around 93,820. It is located on the western flank of the West Midlands, adjacent to Wolverhampton and Dudley.

Over the past couple of years, the area has become an increasing popular location for big business to invest. Jaguar Land Rover recently built a £500 million engine plant in the constituency’s i54 business park. The factory, which is expected to employ 1,400 people and create a further 3500 opportunities within the wider business and via supplier companies, is set to officially open later this year.

Farming and the beer and pub sector are also major contributors to the local economy. The latter employs over 1,900 people in the area, a number of whom have jobs at thriving independent breweries based in Enville and Kinver.

South Staffordshire has numerous attractions to offer tourists, including the historic Kinver Rock Houses, the Bratch Locks in Wombourne, Shoal Hill (an area of outstanding natural beauty), Halfpenny Green Vineyard and the Moseley Old Hall, within which King Charles II of England hid to escape the Roundheads following the Battle of Worcester in 1651.