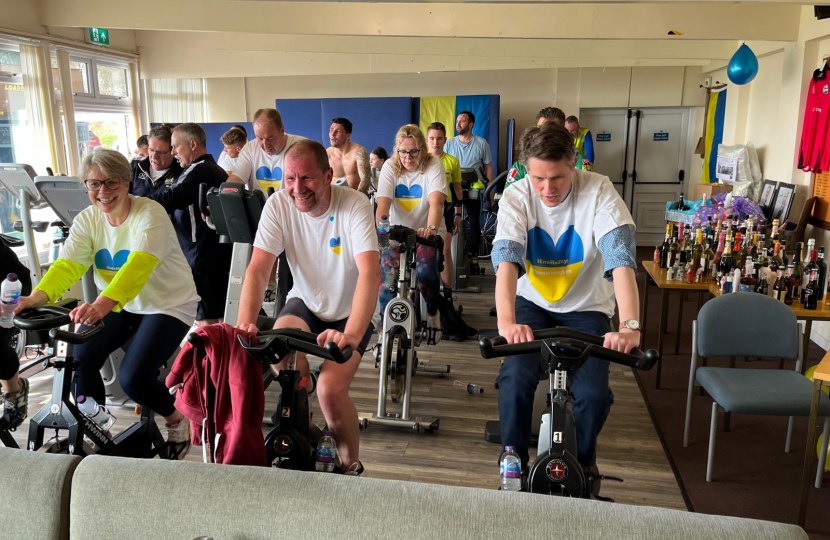 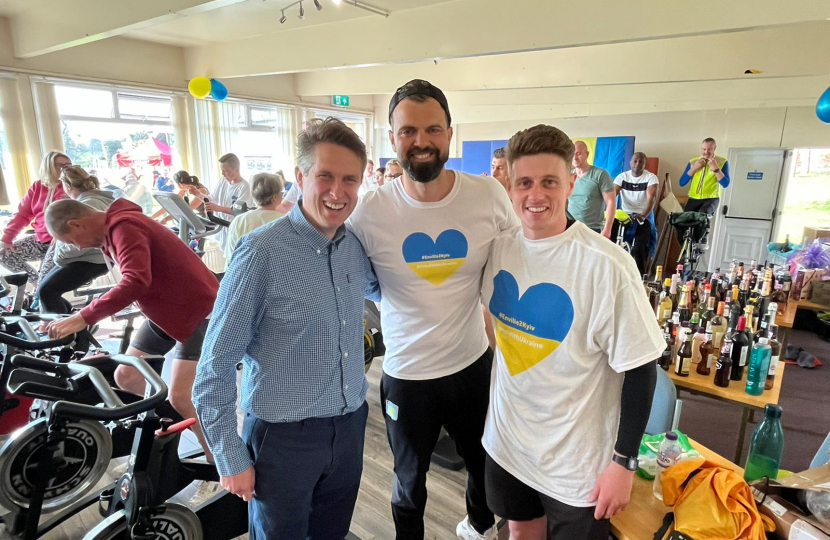 On Saturday, April 2nd, the Enville Cricket Club organised a sponsored 3,276-mile bike ride —the same length as cycling from Enville to Kyiv and back — on exercise bikes to support those that have been affected by the atrocities in Ukraine.

Over 190 cyclists took part in the event, including Sir Gavin, and together they travelled a total of 3970 miles — almost 700 miles more than their original target. The day also included DJs, a coffee and cake sale, street food, a charity raffle, a charity bottle tombola, and a bouncy castle.

Over £8,030 has been raised so far, with a further £1,545 in gift aid from people’s donations. The crowdfunding page will remain active until April 14th and anyone who wishes to donate can do so by going here.

Sir Gavin Williamson said: “This fundraiser really did reflect the best of South Staffordshire and it was an absolute pleasure to take part in it. My thanks to everyone at Enville Cricket Club who organised the event and all those who took part for making the day such a huge success.”