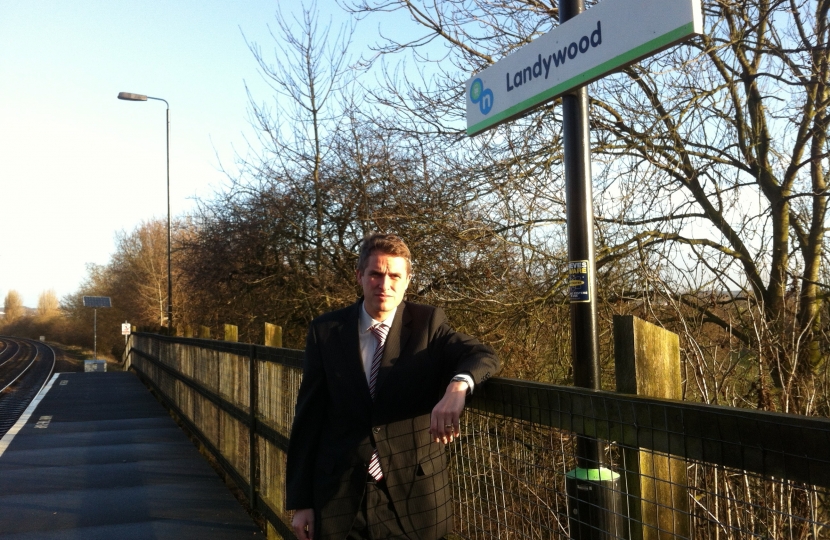 Gavin Williamson, MP for South Staffordshire, recently met with the Parliamentary Under Secretary of State for Transport to discuss limiting the speed at which trains will be able to travel through the villages of Great Wyrley and Cheslyn Hay.

Gavin sought confirmation from Mr. Stephen Hammond MP that trains travelling through these built up areas would not exceed a speed of 45mph, following the electrification of the Chase Line later this year.

He also requested that environmental mitigation measures be put in place, in order to reduce the potential impact of the electrification on local residents in South Staffordshire.

The Under Secretary of State for Transport, Mr, Stephen Hammond MP, told Gavin that Department officials would investigate the issue and look into what could be done to address these concerns.

Gavin said: “While I believe the electrification of the Chase Line to be an extremely positive development for South Staffordshire, I feel that due care still needs to be taken to ensure the safety and wellbeing of nearby residents.

“I am delighted to report that Mr. Hammond is instructing Network Rail officials to look at this issue and to investigate the potential impact of the electrification of the line, in order to determine what measures may need to be put in place.”