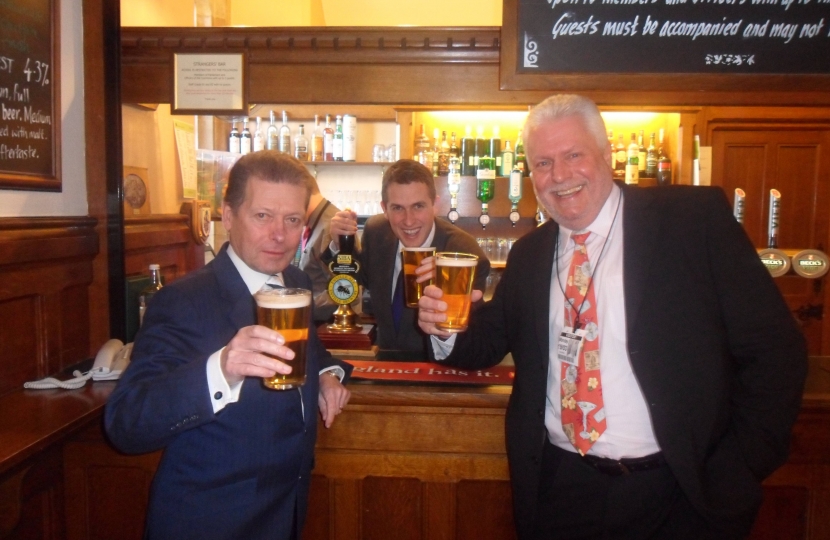 Nearly 40 MPs attended an adjournment debate secured by Gavin Williamson, MP for South Staffordshire, to call on the Government to reverse the beer duty escalator.

The beer duty escalator, which is currently in place until 2014/2015, means that beer duty is automatically increased by 2% above inflation every year.

During the debate, which occurred during the early hours of Tuesday morning, Gavin Williamson said:

‘The simple reality is that beer duty is getting to the point where it is too high and it is pricing people out of the market’.

Mr Williamson praised the fine work of the Enville, Kinver and Morton breweries as well as the 86 pubs that are scattered across South Staffordshire. Commenting on the impact of high beer taxes on pubs and breweries such as these Mr Williamson said:

‘Some 68% of the drinks that our pubs sell are beers, so this duty is having a detrimental impact on every one of our pubs… There is so much that we need to be doing. We need to be reviving our pubs. We need to be seeing that vigour and sense of community returning to all our pubs across the country’.