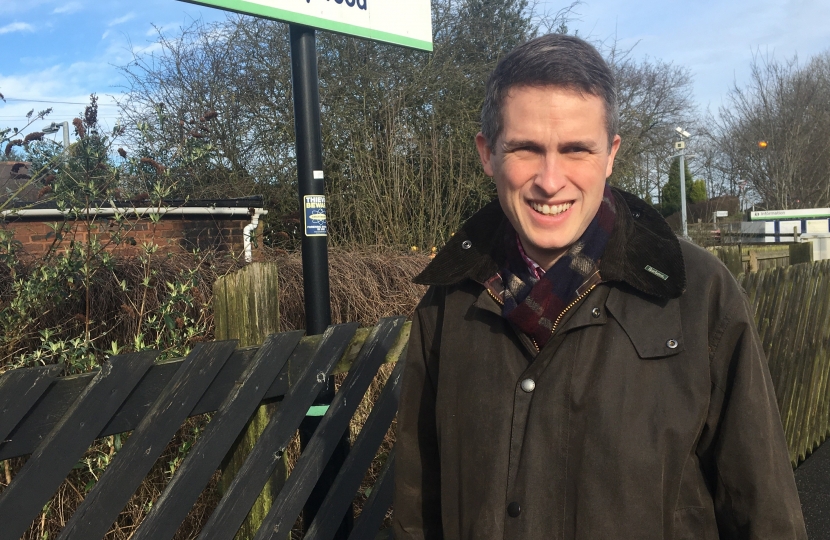 Gavin Williamson, MP for South Staffordshire, has welcomed news from London Midland regarding passenger services on the Chase Line.

The new franchise, commencing from late 2017, will specify that there must be two trains per hour provided during off-peak periods on the lane from May 2018. The specification also require that at least 95% of services on this route are operated by electric trains from the end of 2018, with a minimum level of capacity provided on service to and from Birmingham during peak times meets passenger capacity requirements.

An additional train per hour has also been specified between Birmingham and Shrewsbury during off-peak period and on Saturdays from December 2018 and an additional hourly service between Birmingham and Shrewsbury on Sundays is specified from December 2021. There will also be the provision of wi-fi on trains operated by London Midland.

Gavin has been pushing for a better service for rail customers after a number of commuters complained about the service. He met with London Midland and urged them to consider a number of improvements after a substantial increase in passenger numbers in recent years.

Commenting on the improvements Gavin said: “I am delighted that London Midland will be making these improvements to trains on the Chase Line. Passengers absolutely deserve a better service than the one that they currently receive and I am glad that, following a number of meetings I have had with the company, they are listening to our commuters in South Staffordshire.”