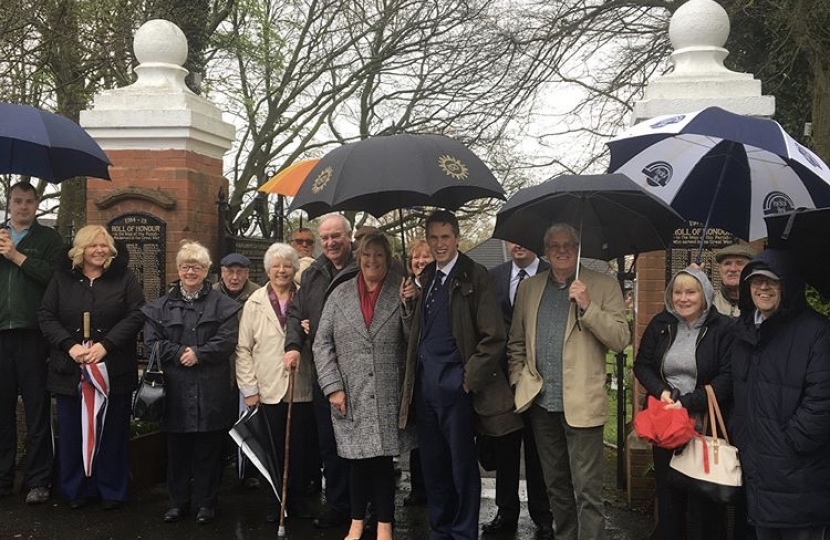 Gavin Williamson, MP for South Staffordshire, recently visited the memorial garden which has had a huge refurbishment

The Memorial Garden, on Walsall Road, was unveiled in 1922 in memory of those who fought in the World Wars.

Recently, volunteers competed for, and won, funding under the Tesco Bags of Help Scheme which led to improvements including war memorial surrounds, insert raised beds with aromatic plants, refurbished benches, new community groups bed with commemorations, a new Royal British Legion corner of the garden and the removal of a number of diseased trees and plants.

Following the improvements, a funding request was made to Veolia under the Envirogrant scheme, run in partnership with Staffordshire County Council. Since then, a pool of volunteers has worked tirelessly in a continuing program of work.

Commenting on the day, Gavin said: “Even with the rain pouring down it was so nice to see the brilliant work of volunteers who have transformed the Great Wyrley Memorial Garden. I'm really grateful to them for all that they have done.”