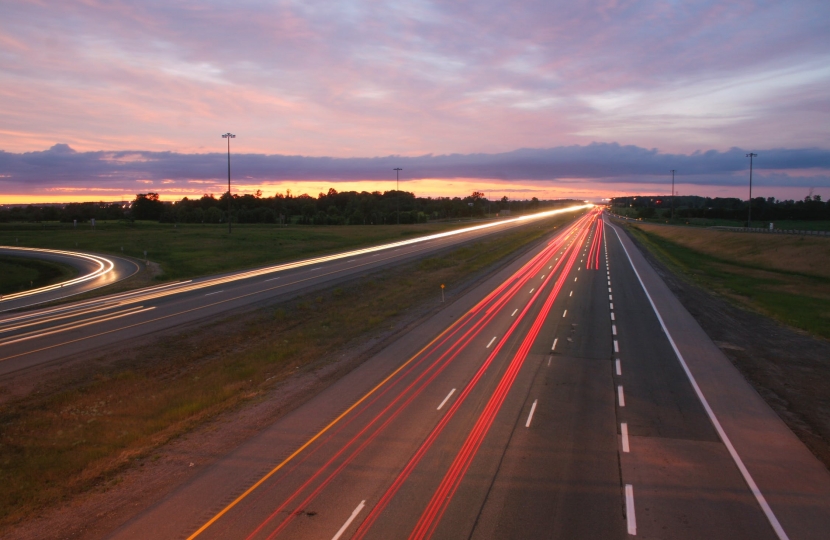 South Staffordshire MP Gavin Williamson has raised concerns that transport bosses in the West Midlands are trying to revive controversial plans to build a motorway through the Staffordshire countryside ‘by stealth’.

A presentation by transport body Midlands Connect to council chiefs suggest the controversial Western Orbital scheme is back on the table after twice being rejected in the 1990s and 2000s.

The proposed motorway, also known as the Wolverhampton bypass, would cut a 40-mile swathe through unblemished countryside from M5 junction 4a at Bromsgrove to junction 2 of the M54 near the i54 business park, the majority of which is in South Staffordshire.

The route would skirt Codsall, Codsall Wood, Perton, Pattingham, Wombourne, as well as Stourbridge and Kidderminster.
Mr Williamson warned that the plans would ‘rip through the heart’ of the South Staffordshire green belt, cause ‘irreversible’ environmental damage, and would only act as a ‘sticking plaster’ to the region’s traffic congestion.

He said: “It is of grave concern that Midlands Connect appear to be bringing these failed and rejected plans back to life after being killed off many times before.

“This proposed new motorway or bypass would rip through the heart of the South Staffordshire green belt and cause irreversible environmental damage to unblemished and cherished countryside.

“My constituents will be shocked to see that plans which have been repeatedly opposed and dropped are suddenly back on the table by stealth.

“I have written to Midlands Connect seeking urgent clarity because the residents of South Staffordshire and I are clear that these proposals have horrific consequences for so many communities stretching for more than 40 miles.

“These plans have repeatedly been turned down because they are unworkable, incredibly damaging and would only provide a sticking plaster to congestion on the West Midlands’ roads.”

Documents submitted to the West Midlands Combined Authority show that officials are scoping plans for a ‘Western Strategic Route’ from a pot of £4 million looking at a range of options for the region’s motorways, including making better use of the M6 Toll.