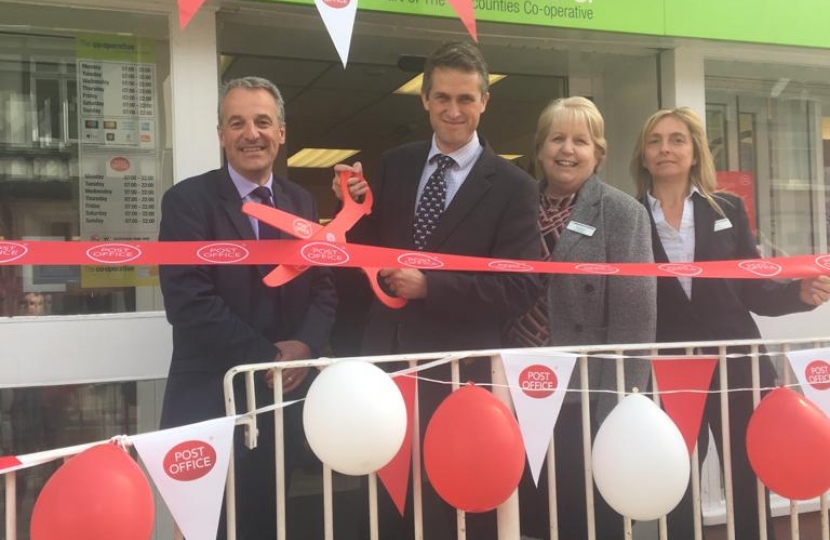 Kinver Post Office is a new-style local branch where Post Office services are available from an open-plan till at the shop counter throughout the store’s opening hours.

Gavin Williamson MP, said: “It is great news that Kinver Post Office has re-opened in the heart of the community, opposite the previous branch. I really want to thank The Midcounties Co-operative for taking on the branch and it was a pleasure being there for the reopening event."