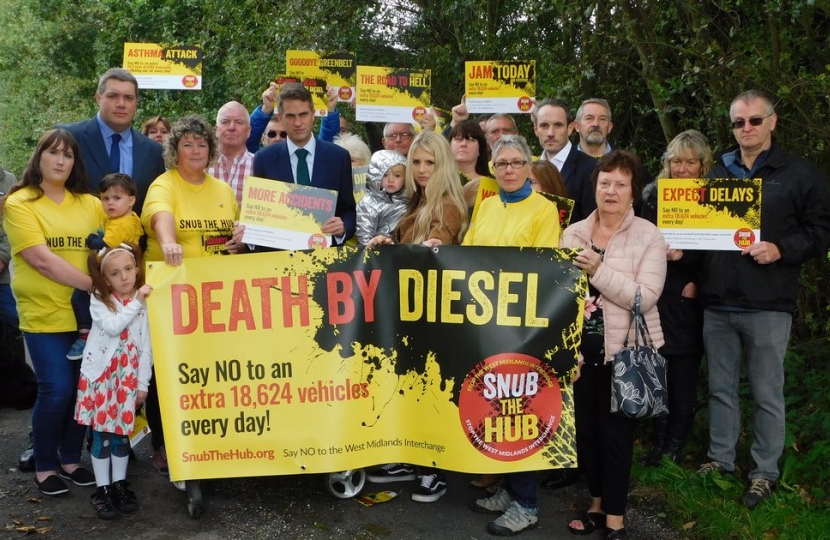 The website has key information on the development and how it will affect residents. The West Midlands Interchange could be built on 700 acres of countryside on land bordered by the A5, A449 and M6 at Gailey, Four Ashes and Calf Heath.

Gavin has continually expressed his opposition and, in 2017, hosted a referendum in which 99.9% of residents argued that the application should be rejected.

“We’re standing side-by-side with residents and many concerned local people who are very fearful about this proposed development and the impact it will have to the greenbelt. It was quite obvious to me that this is the wrong type of development for the wrong area and we want to make that absolutely clear. It is something that the local authority doesn’t want, it’s something residents don’t want and I just want to lend my voice of support to their objections.

The challenge we’re going to have is not just the destruction of the greenbelt but the hundreds of thousands of extra vehicles that we will be seeing. Not just in terms of the extra traffic going on to the M6, but the extra traffic on local roads all around the area.”