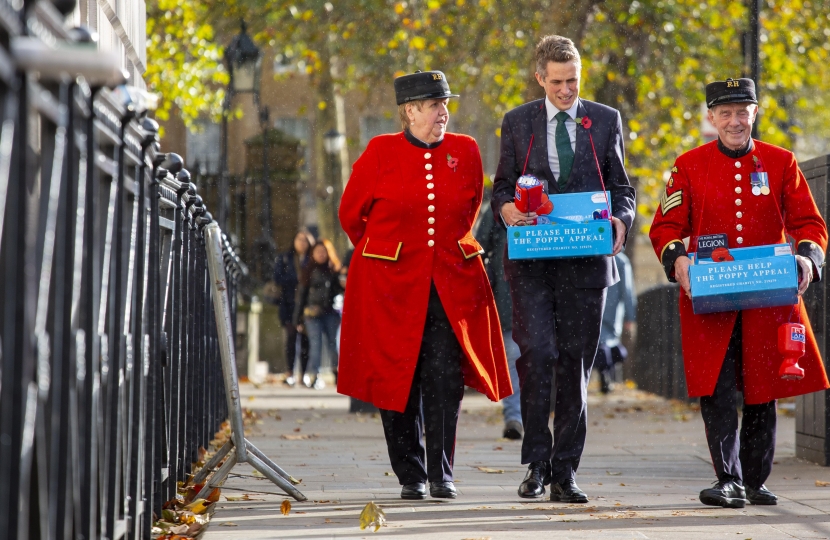 Speaking about the poppy appeal, Mr Williamson said ‘’I was absolutely thrilled to meet Chelsea Pensioners June and Anthony. The Chelsea Pensioners have worked so incredibly hard over the last few weeks to raise money for the poppy appeal and it was a real honour to spend time with them. I have been incredibly proud to support the Royal British Legion’s Poppy Appeal, especially as we mark one hundred years since the end of the First World War. It is incredibly important that we all remember those who have served in the past and those who serve today’’.