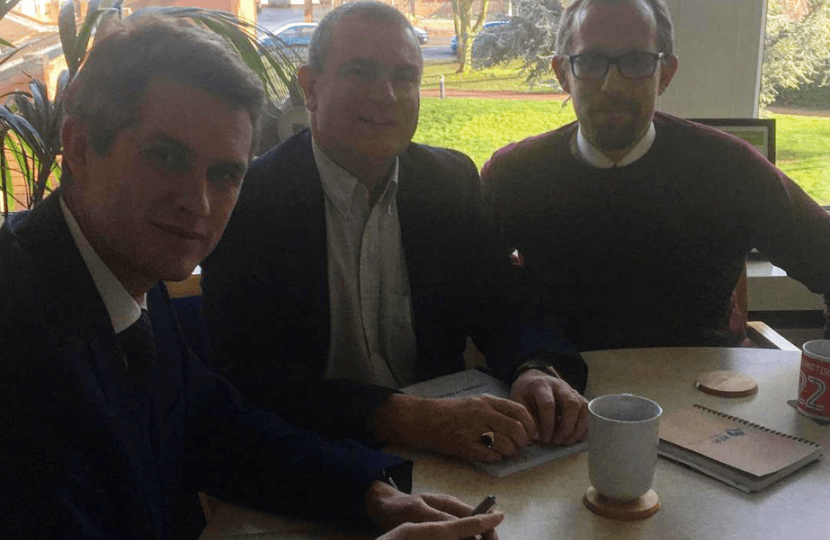 Gavin Williamson, MP for South Staffordshire, has repeatedly expressed his opposition to the proposal

The West Midlands Interchange proposal, led by Four Ashes Ltd, was met with an overwhelming amount of opposition when they led their public consultations last year.

After hosting a public meeting with over 200 attendees, Gavin held a referendum which, with the help of over 100 volunteers, was distributed to thousands of households in areas including Hatherton, Four Ashes, Coven and Shareshill.

In total, Gavin received just over 1,400 responses in which 99% of residents agreed with Gavin that the planning application should be rejected. This was based on their concerns regarding green belt land, increased traffic and pollution, and the damage to the distinct identity of surrounding villages.

After Four Ashes has considered all the responses received to Stage 2 Consultation, they will finalise their proposals and submit an application for a Development Consent Order with the Planning Inspectorate who will decide whether or not the application meets the standards required to be accepted for examination. According to Four Ashes, we should hear more about this in early 2018.

Commenting on the meeting, Gavin said: “I had a really productive meeting with officers at South Staffordshire Council to discuss the potentially devastating and damaging proposals to build a rail freight interchange on green belt land. As I have said many times before, I believe that the development would create a substantial increase in noise and air pollution, a massive increase in traffic and consequently have a huge impact on residents in the surrounding villages. I have campaigned with local residents against this awful proposal and I will continue to do so until it is thrown out."