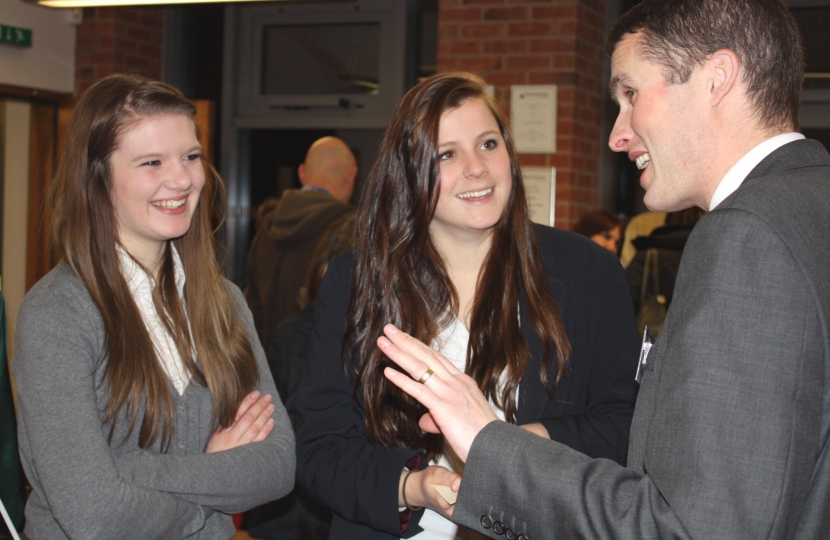 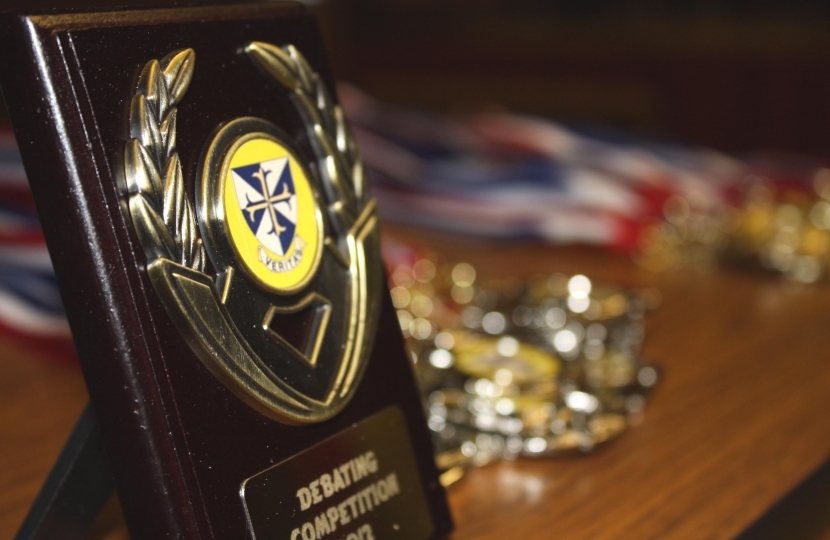 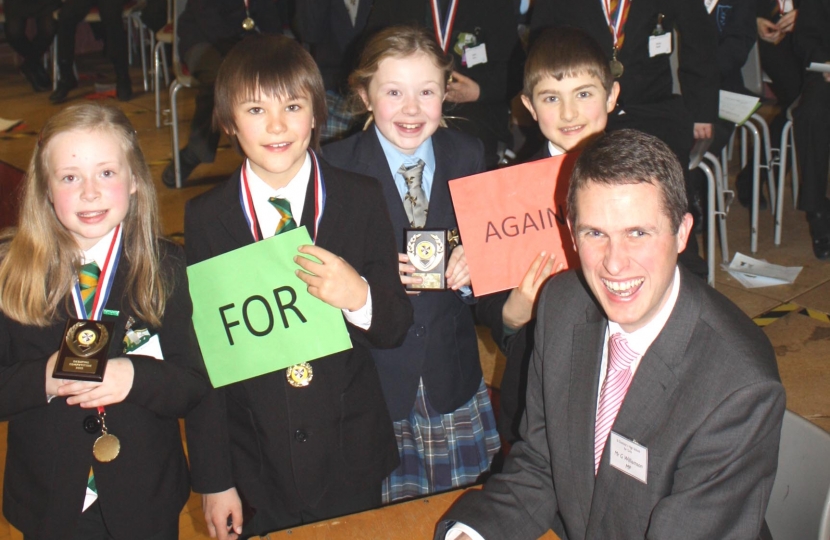 Debating in schools offers important argumentative and persuasion skills for children even as young as 8.

Not only did the children have the benefit of receiving a master class in how to be an effective speaker, using language in a fluent and clear manner and critical thinking skills, but they also benefitted from socialising and team building skills as they were divided into teams with a mix of pupils from all three schools.

The debate itself was very kindly hosted by Gavin Williamson MP with an experienced team of independent adjudicators from Brewood Rotary Club.

Gavin said “the quality of the debate was really superb; the way all of the children took part and contributed so much was amazing. They were all a great credit to their respective schools”.

The team arguing for ‘is reality T.V. good for children?’ just pipped the opposing team to the post, with the winning team being awarded with gold medals and the runners up receiving silver.

Mrs Mason-Cowley, Head of English at St. Dominic’s High School for Girls said “the success of the evening was the evident development within the teams. They progressed from nervous, reluctant speakers into active participants and contributors. It was lovely to see the children mixing socially both within and across the teams”.

St. Dominic’s High School for Girls is the leading independent girls' schools in Staffordshire for girls aged from rising 3 to 18.  The school has been educating girls since 1920 and continues to deliver a superior education to young ladies from across three counties.