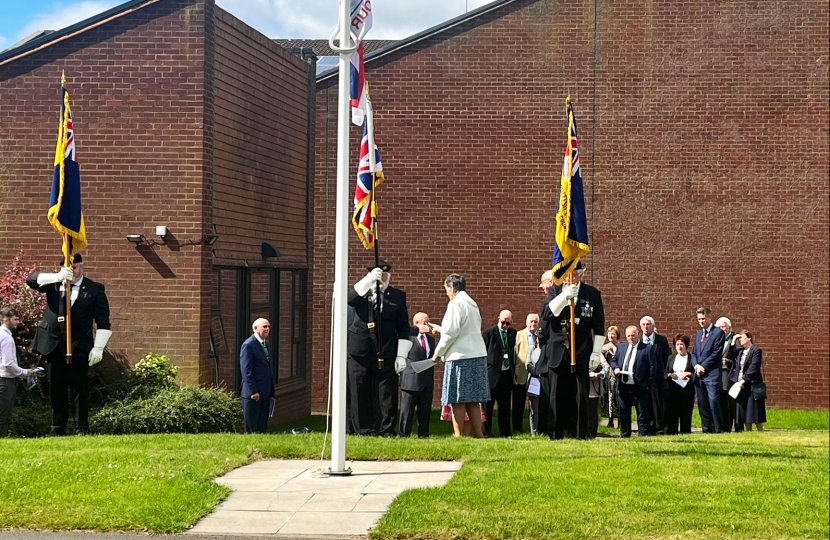 The Royal Navy led on the flag raising in Scarborough, the Army in Whitby, and the Royal Air Force in Filey.

Sir Gavin said: “I was delighted attend the flag-raising ceremony in Codsall to mark the beginning of Armed Forces Week where we acknowledge and celebrate the fantastic contributions of our servicepeople. All our Armed Forces, whether they are veterans or serving men and women, deserve our utmost support and thanks for all that they do to protect us and our way of life, and I wish them all a fantastic week of celebrations ahead.”