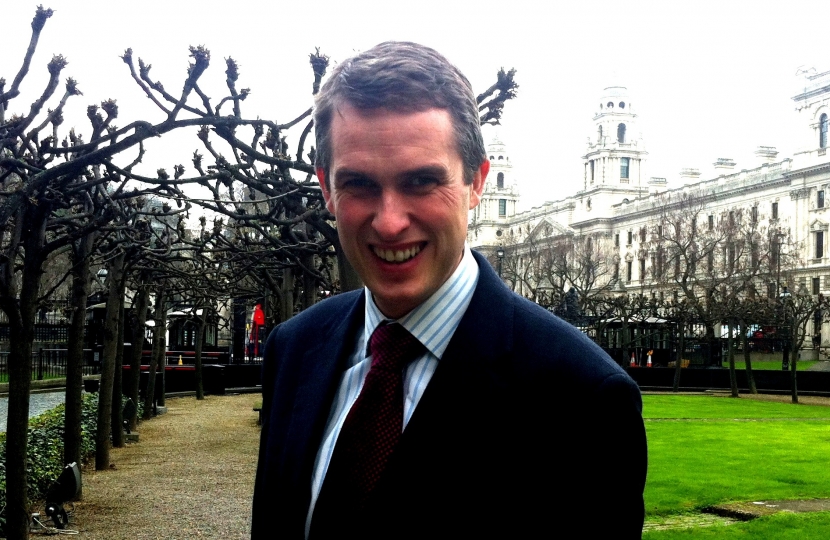 Gavin Williamson, MP for South Staffordshire, has urged the Secretary of State for Education, The Rt Hon Michael Gove MP, to increase funding for schools in his constituency.

Gavin recently met with the Secretary of State to press the point for a fair funding deal for Staffordshire schools.

He also mentioned the strong need for more capital funding for schools to help improve classrooms and facilities.

The Secretary of State for Education took on board the comments that Gavin made and agreed to review the existing funding situation.

Gavin said: “Our students continue to achieve impressive results but, for too long, our pupils have been receiving hundreds of pounds less in funding, per head, than students in urban areas. This cannot go on. South Staffordshire students deserve an equal investment in their education and their future, and I will continue to fight to see that this is achieved.”

Gavin has been campaigning for fair funding for schools since he was elected, in 2010.

In South Staffordshire, the average overall spending per pupil is £5,129 compared to the nearby/neighbouring authority of Wolverhampton, which receives £930 more.

The Minister of State for School, Mr. David Laws MP, recently announced that the Government would be setting up a £350 million fund to help support schools with the lowest allocations.

However, South Staffordshire, which is ranked 140 out of 151 education authorities in the UK, will not benefit from the fund.

Gavin said: “This announcement was definitely a step in the right direction, but it went nowhere near far enough. I intend to keep up the pressure on Ministers to ensure that pupils in South Staffordshire get a fair deal, the best deal and the right deal.”

Gavin is a member of the f40, a cross party group that acts on behalf of the lowest funded Education Authorities and has been campaigning for a fairer deal since the 1990s.

Last year, he joined over fifty Conservative colleagues in writing to the Secretary of State for Education to back his plans for a new national funding formula and call for a fairer deal on school funding to start as soon as possible.