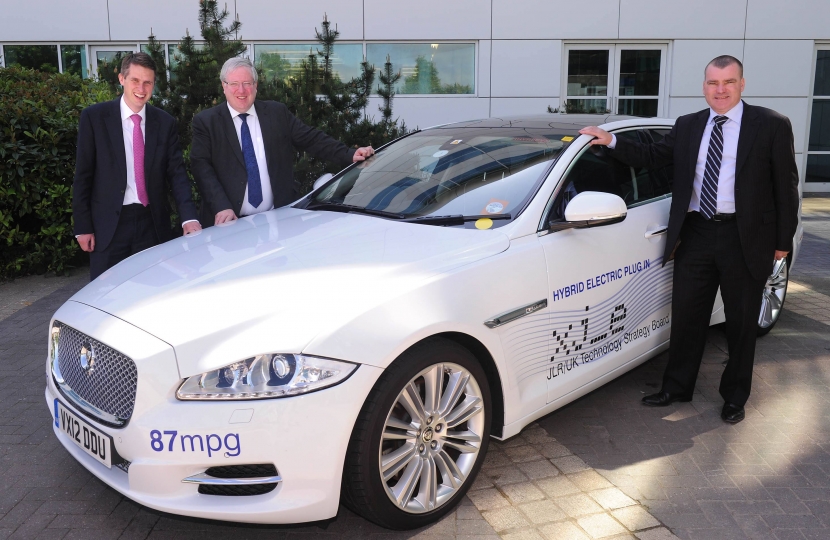 Gavin talked about the need to focus on areas such as research and development, the supply chain and essential skills, as Britain’s auto industry continues its exponential growth.

During his speech, he also referred to a series of recent successes within the automotive sector, including Jaguar Land Rover’s (JLR) half a billion pound investment in his own constituency of South Staffordshire.

Gavin said: “The automotive industry is such an important part of the West Midlands' industrial infrastructure. We have to ensure the Government continues to be properly focussed on this industry and that it is putting all the resources it can behind it to ensure its continued growth, creating more jobs and exporting more cars around the world.

“I wanted to highlight the importance of supporting not just car manufacturers, but also encouraging the development and growth of R & D, key skills and the automotive industry’s entire supply chain.”

Before entering Parliament, in 2010, Gavin ran a successful ceramics factory. Gavin has been a long term supporter of British manufacturing and has fought hard to ensure that the auto industry receives the funding that it needs to sustain long term growth.

Gavin played a key role in securing investment for the new Jaguar Land Rover engine plant at the i54 Business Park, near Bilbrook.

The new JLR factory will make fuel-efficient four cylinder diesel and petrol engines for the next generation of Jaguars and Land Rovers, with the first engines expected to come off the production line early next year. Around 1,400 people will work at the JLR site, but a total of 3500 jobs are expected to be created within JLR and its supplier companies.

According to Government statistics, 731,000 people are presently employed by the UK automotive industry, with 146,000 directly employed in automotive manufacturing. It is expected that 100,000 new automotive jobs could be created by 2020.