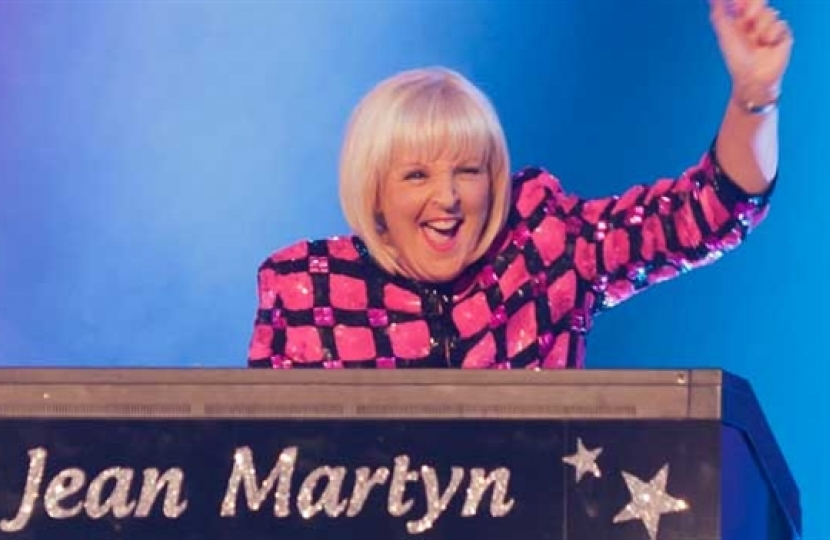 Gavin Williamson MP wrote to Jean Martyn when she became a finalist for Britain’s Got Talent 2011, wishing her the very best for Saturday’s final.  In his letter he thanks her for flying the flag for Brewood and Staffordshire.  Gavin Williamson MP has been to see Jean Martyn perform a number of times in the constituency and commenting on this he said:

‘Having heard Jean Martyn perform on two previous occasions it came as no surprise that she has got to the final because of the fantastic performances that she gives in Brewood for local charities and good causes.  There is no doubt that Jean has real start talent and it is great that she has been recognised in this way.  I voted for her on Tuesday and I will be voting for her to win again on Saturday’s Grand Final.  I really hope that she get the recognition she deserves and makes it all the way to the Royal Variety Performance.’