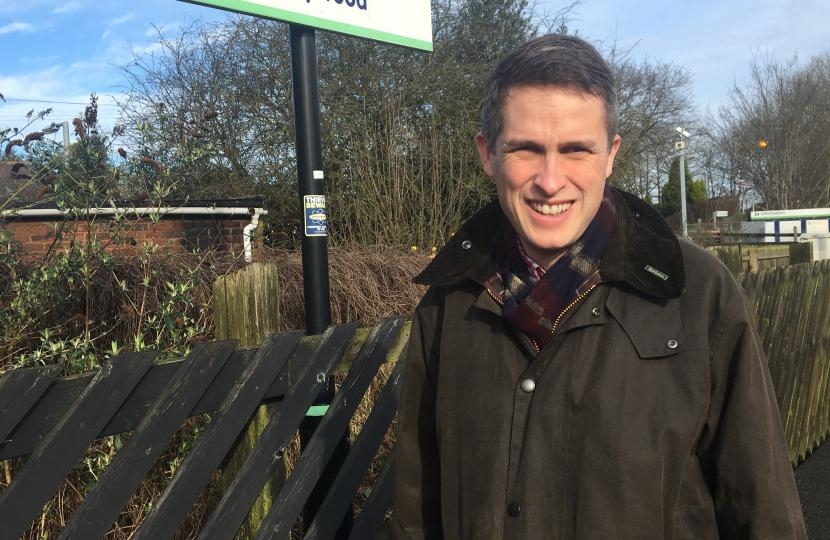 The government has recently announced that they have awarded the West Midlands Rail Franchise to West Midlands Trains Ltd (a joint venture between Abellio, East Japan Railway Company and Mitsui & Co Ltd), which will see just under £1bn of funding invested into rail services across the West Midlands.

Commenting on the announcement, Gavin said: "I am incredibly pleased that the Department for Transport will be investing nearly £1bn into improving our rail services across the West Midlands. This is the highest investment in rail for over a century and will have an enormous impact.

South Staffordshire will see an improved and more regular service, as well as better quality seating and an increased number of carriages. I look forward to seeing these improvements implemented and I know that South Staffordshire residents will greatly benefit as a result".