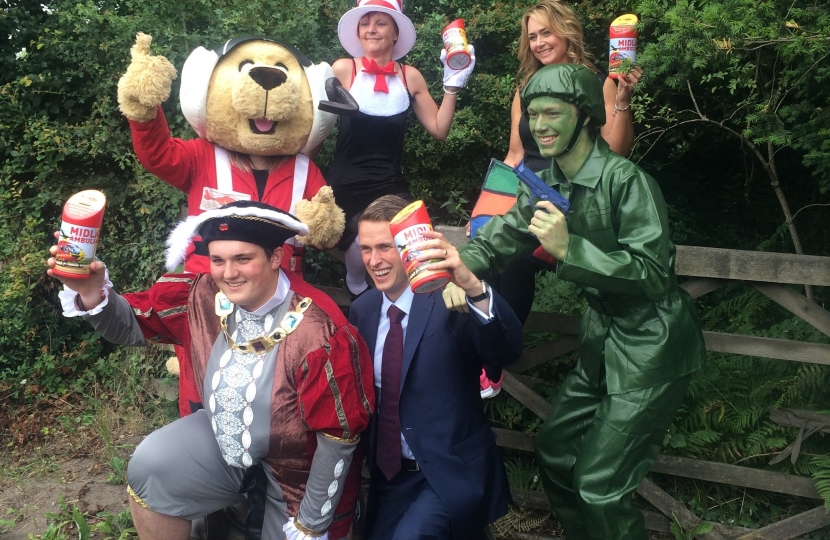 Gavin Williamson, MP for South Staffordshire, met with representatives from family run business to help them raise money for the charity of their choice.

The Bridgenorth Road based Wombourne Funeral Services have been raising money for the Midlands Air Ambulance which is their annual charity of choice. The business held a charity costume football match to raise money for the organisation. To date they have raised over £89,000 for all of the charities that they have supported.

The company has served the local community for over 20 years both in and around South Staffordshire and has earned themselves an impressive reputation both as a company as a charity fundraiser.

The business was founded by the Cumiskey family in 1994. The family business has three generations currently working together in the company, providing an essential service to families in the local area.

Last year, Wombourne Funeral Services was awarded the prize for best new funeral planning business at this year’s Funeral Planner of the Year Awards, run by market leading funeral plan provider Golden Charter. As part of their prize, the Woodland Trust has dedicated 10 trees on behalf of Wombourne Funeral Services, which are planted locally at Wassell Wood, Bewdley recognition of the company’s achievement.

Speaking on his visit Gavin said: “It was great to visit this fantastic family business who do such a difficult job so wonderfully in and around Wombourne. I was so interested to learn more about what they do and hear about their history.

“I was also fascinated to hear about the charity work that they have been doing in and around the local community. It was great to see so many people getting involved in raising money for the Midlands Air Ambulance. The company has raised a phenomenal amount of money for the charities over the years and I wish them the best of luck raising much, much more in the future.”