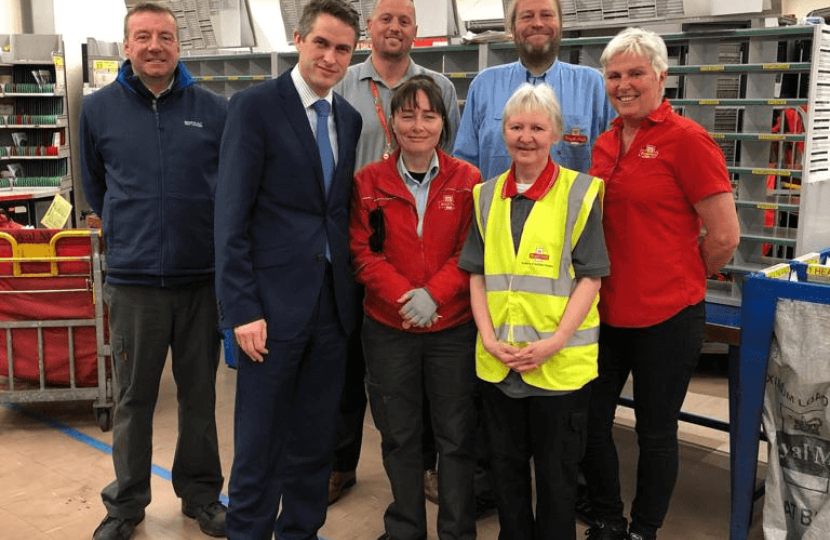 Gavin Williamson recently visited Wombourne delivery centre which, along with the Bilston centre, is facing closure in a move to consolidate resources to the Sun Street premises in Wolverhampton. Campaigners are looking for an alternative delivery centre that would be much closer to Wombourne.

The relocation of the delivery office means that customers who live in and around Wombourne will be forced to travel to Sun Street to collect parcels and to use the other services that are available. Both campaigners and residents are concerned that the lack of public transport from Wombourne to Sun Street will cause great inconvenience for customers, and there have also been concerns raised about the parking in and around the area.

The 25 people who currently work in the Wombourne office will also have to relocate, which will be inconvenient and time-consuming for workers who do not live near the city centre. It has been pointed out by residents that workers could end up being forced to pay £30 a week on public car parks, due to the lack of car parking available in the area.

Speaking about the visit, Gavin said ‘I am extremely concerned about this potential move of the delivery centre from Wombourne to Wolverhampton. The relocation of the office would be hugely inconvenient for a number of my constituents and would undoubtedly cause issues for those that are currently working in the centre. I have written directly to the Chief Executive of Royal Mail to ask for assurances about extending the lease and the possibility of an alternative, more convenient premises in the future. I very much hope that our concerns are properly addressed.’