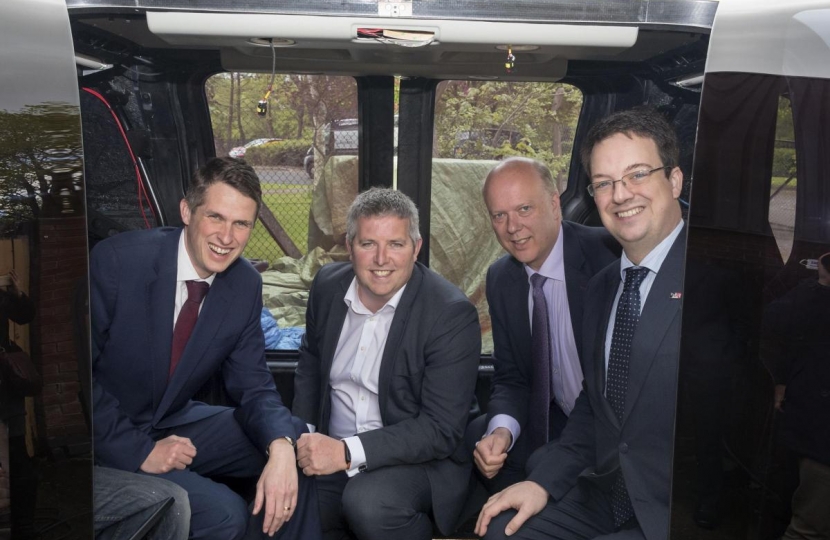 The family-run company invited the group to their site on the Gibbons Industrial Estate to take a ride in one of their revolutionary autonomous vehicles. The driverless pods, which are capable of reaching speeds of up to 30 mph, have been manufactured jointly by a British consortium in which Westfield is a key player.

Funded through the £8 million GATEway project, the vehicles are an adaptation of those which have been used for years at Heathrow Airport to ferry passengers to and from Terminal 5. Unlike the shuttles at Heathrow, however, the new pods have been developed to operate without the need for a dedicated track.

In addition to taking one of the driverless pods for a test drive, the visit also included a tour of Westfield’s world-renowned collection of sportscars. Founded in 1983, the business has sold more than 12,000 sportscars worldwide and currently manufactures more than 400 a year. It moved in 1991 to occupy its factory and office block in Kingswinford, where it is still manufacturing today.

Gavin said: “It was an amazing experience to visit Westfield Sportscars recently ­alongside the Transport Secretary and Mike Wood to try out their driverless vehicles. The technology is hugely impressive and carries so much potential. It was fascinating to gain an insight into Westfield’s work and I look forward to seeing where all of this leads in the future.”