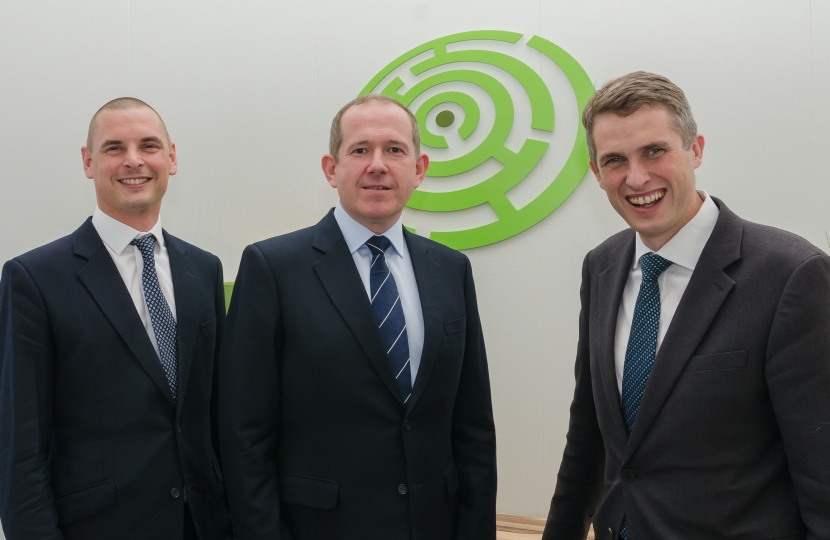 Conversation Rate Experts, based at Hawkesyard Hall, Rugeley, was established by Karl Blanks alongside his business partner and Cheslyn Hay resident Ben Jesson in 2006. The company has achieved great success since it was founded and their system is now used by leading players such as Google, Facebook, and Lloyds Banking Group. Most recently, they won the highly prestigious Queen's Award for Enterprise which was a direct result of all their hard work this year.

Commenting on the visit, Gavin said: "It was fascinating to visit Conversion Rate Experts to see the amazing work they have been doing. The co-founder and CEO of the business, Ben Jesson, is a Cheslyn Hay resident and it was wonderful to see what he has achieved since the business was established in 2006.

I was so impressed to hear that their innovative scientific methodology is used by Google and Facebook, as well as other leading organisations. The fact that the business has won the Queens Award for Enterprise this year clearly illustrates how hard they have been working. I know that they will go from strength to strength and I look forward to hearing their success stories in the future."