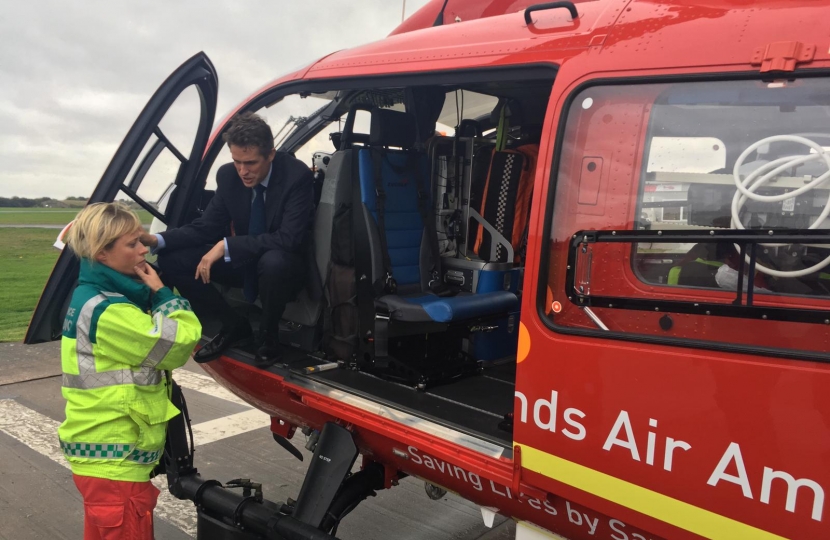 Gavin Williamson, MP for South Staffordshire, visited the RAF base in Cosford to meet with Midlands Air Ambulance Charity.

In 2016, Gavin’s support of their Treasury bid for a £1 million banking fine enabled them to upgrade their fleet of helicopters. As a result of this upgrade, they have been able to undertake three hundred air ambulance missions in the Midlands since February this year, seventeen of which were in South Staffordshire.

Speaking about the visit, Gavin said ‘’I was absolutely delighted to hear that Midlands Air Ambulance have done so much in the community in such a short amount of time. They do such important work, saving lives and helping people on a daily basis and I would like to thank them for all that they do. It was a pleasure to meet members of the crew, who gave me a tour of the helicopters, and to speak with them about their experiences working in South Staffordshire.’’