Gavin urges House of Fraser to secure the future of Beatties 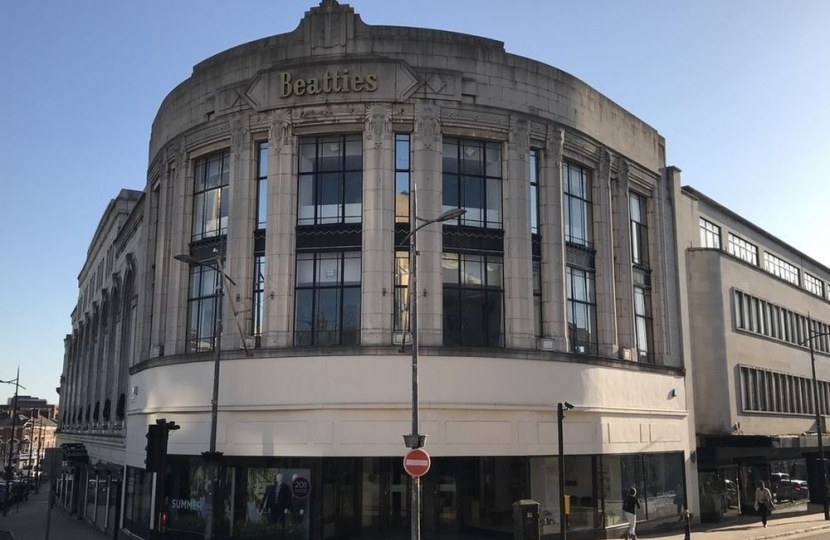 Gavin Williamson, MP for South Staffordshire, has written to House of Fraser bosses urging them to protect the Wolverhampton store from closure.

Beatties, on Victoria Street, was founded in 1877, later being acquired by House of Fraser in 2005. However, the owner of House of Fraser has recently announced that the business will close stores this year as part of a significant restructuring deal.

Gavin has written to bosses expressing his concerns and has called for them to share their vision for the future of Beatties, which he believes has huge potential.

Commenting, Gavin said: “Generations of people in and around Wolverhampton cherish Beatties and hold it close to their hearts and want to see it thrive. Not only is Beatties such a landmark store, but it is also an important economic draw for the city of Wolverhampton.

House of Fraser needs to show commitment to Beatties first and foremost, and then start looking at looking at how they can take this amazing building and amazing brand forward. I want to see their vision for how they plan to make the most of the store.”

Photo credited to the Express and Star 2018