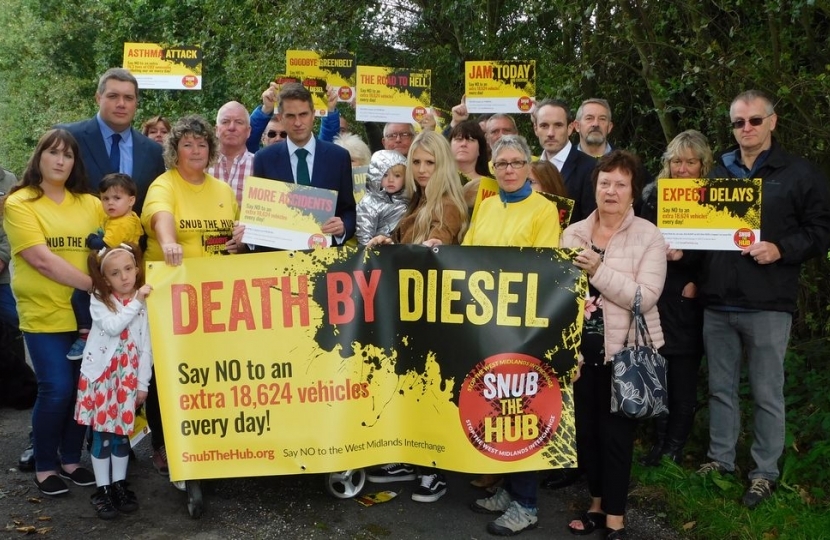 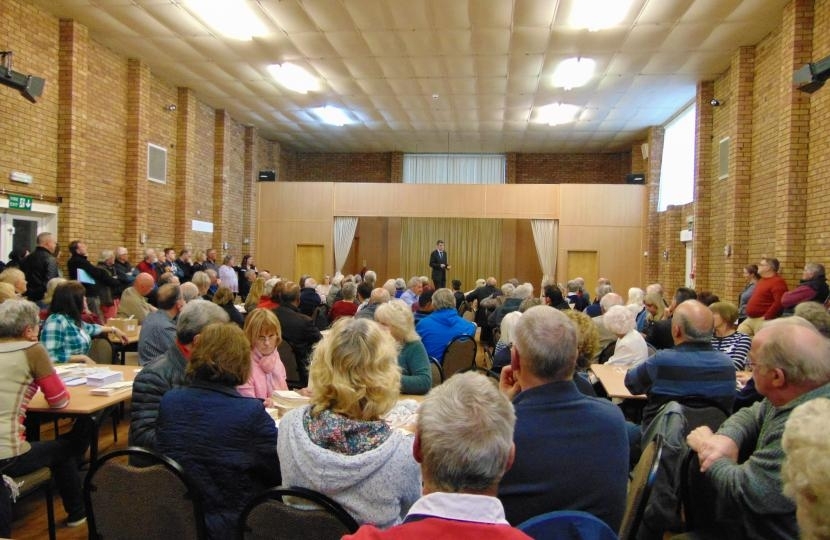 Gavin Williamson, MP for South Staffordshire, is continuing to fight against the plans for the West Midlands Interchange at Four Ashes, on land west of Junction 12 of the M6. The site would comprise warehousing and other associated development totalling approximately 800,000 square metres. It would be linked directly to the West Coast Mainline, however, potential tenants would not have to link to the railway and could use the site as a standard industrial estate should they so wish. The site in total will cover approximately 700 acres, mainly of Greenbelt land.

In 2017, Gavin held a large public meeting at Coven Memorial Hall which was attended by over 300 residents. At the meeting, volunteers stuffed envelopes with referendum forms which were then distributed to thousands of households in areas that would be impacted by the development.

Following the delivery, the referendum showed that 99% of responders were against the development going ahead.

Campaigners ‘Snub the Hub’ are fighting against the West Midlands Interchange and have continued to meet on a regular basis. At the beginning of June they attended two separate site visits and two separate hearings. Campaigners commented that it was ‘apparent’ that Four Ashes Ltd still have a ‘lot of work to do regarding acquiring land for development from both home owners and businesses’. They also pointed out that the rail terminal remains a point of contention as the rail link will not be built until two million square feet of warehousing has been built and occupied. It is currently unclear where building will begin. Campaigners have also pointed out that without funds from the initial warehousing, the development will not be viable and questions have been raised about why the scheme is so large.

There are to be two more hearings in Cannock on the 10th and 11th of July.

Commenting, Gavin said ‘I have worked, and continue to work, alongside residents and campaigners to oppose the West Midlands Interchange and I am pleased that so many campaigners are continuing to work so hard to fight against it. The West Midlands Interchange would greatly increase traffic in the area as well as building over an enormous amount of Greenbelt land. It is really important that the local community comes together to fight these plans and I will continue to support local residents and campaigners who oppose the plans.’