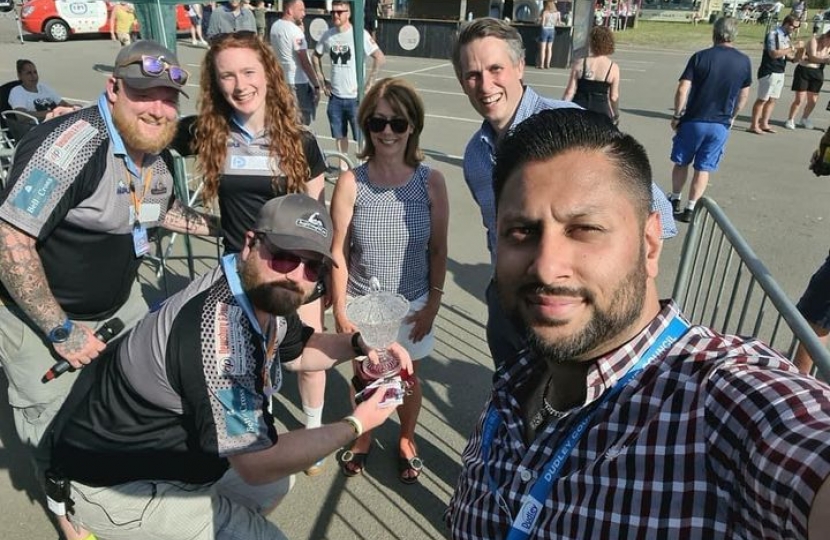 The charity, which was created by Stuart Bratt from Wombourne, alongside three other trustees also from Wombourne, provides help and support to men of all ages going through difficult emotional times. Male suicide is on the rise, which makes it even more pressing to highlight this cause and establish a network of support for those struggling.

The rugby match at the Dudley Kingswinford RFC in Kinver was held in memory of Liv Perks, an army cadet officer who took his own life at Sandhurst. Gavin was asked to present the trophy to the winners and spoke about the importance of mental health.

Gavin said “Everyone can go through a period in their lives when coping does not come easy, regardless of their age or background. The past year has proven incredibly challenging to many but fortunately, there are charities like Tough Enough To Care that are there to provide this vital support. Hopefully, by working together as a society we can work to reduce the stigma that persists around mental health and in particular male mental health.”