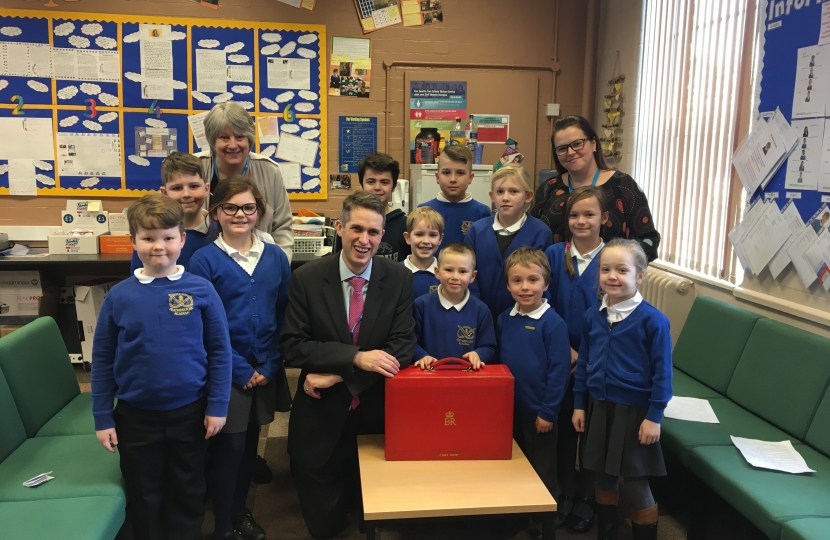 Gavin was greeted by the Head Boy and Head Girl who gave him a tour of the school, introducing him to pupils and observing their lessons and then meeting school’s guinea pigs.

The school then hosted an assembly with Gavin as their special guest. Headteacher Caroline Jobling spoke about her pride of the school’s progress. Pupils then sang their school song before Gavin spoke to them about his parliamentary role and highlighting how work experience whilst he was in sixth form, inspiring him to pursue a career in politics.

He then met with members of the School Council, which comprised of students from different year groups, who asked him a number of questions relating to the job. They quizzed him about a number of local issues including what could be done about the potholes on the road outside the school, dog fouling and parking in Featherstone.

Commenting on his visit Gavin said: “I really enjoyed meeting pupils and teachers when I visited Featherstone Academy. It was great to be able to tour the school and meet pupils in their lessons and also take part in their assembly.

“I was extremely impressed meeting members of the school council who asked a number of important local questions. I am looking forward to working with them to see what we can do to try and resolve some of the issues that they brought up.

“Featherstone Academy is a brilliant local school and I look forward to returning in the future.”