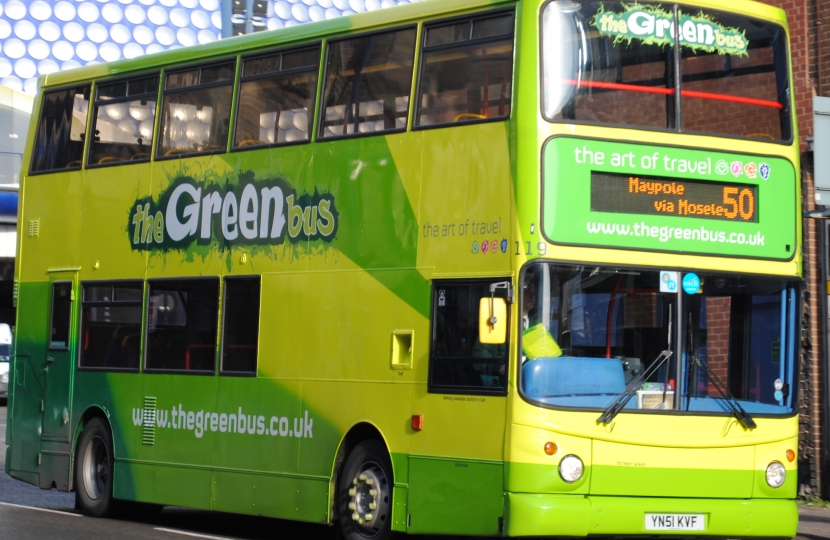 Gavin Williamson, MP for South Staffordshire, is delighted over the 228 bus route in Kinver being continued.

Gavin and Victoria Wilson, a County Councillor for Kinver, had both written to the current service provider Diamond, after they announced they were cutting the route from their service due to cost cutting measures.

Due to ongoing negotiations, the Green Bus company are now working with Diamond to provide an hourly service order to maintain the main bus route in the village. Initial plans are for a new company to take over the route permanently for September onwards.

Diamond were initially planning on suspending the 228 route which goes from Russells Hall hospital to White Hill from Sunday 19th July but reopened the route shortly after on a reduced service. Diamond will be ending their provision for the service when their 70 day statutory notice ends.

There is currently a Saturday service from Penn Common to Kidderminster via Gospel End, Bobbington and Enville until the end of August.

Speaking about the decision, Gavin said: “This is a vital service for many of the elderly residents who depend on this service to get around and it is great to see it retained. Kinver is a big place that has thousands of residents and it was absolutely shameful to consider cutting a route that so many people rely on”.

Victoria Wilson said, “With moments to spare, the County Council negotiated with Green Bus to assist the community by overlaying Diamond’s 2 hourly service with this extra one. We are delighted that the agreement with Green Bus was made with no disruption of service through Kinver. I would urge local residents to really make use of this service – ‘use it or lose it’, as the saying goes’.