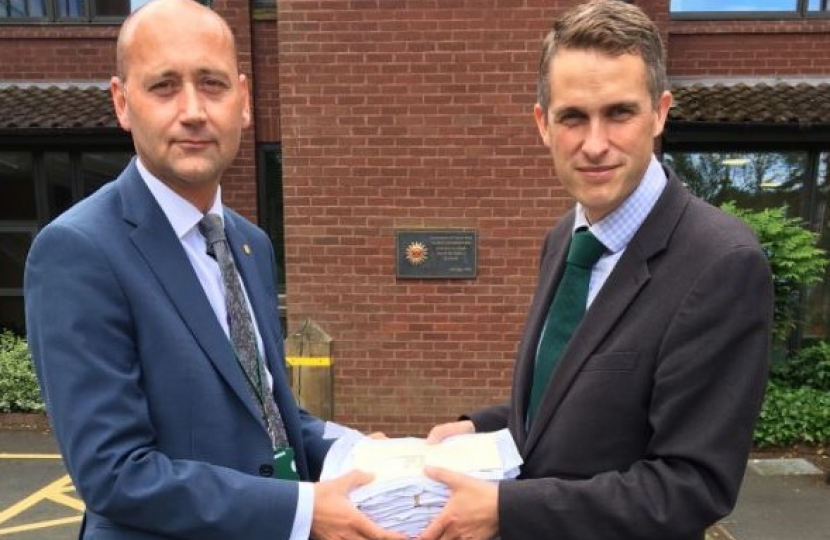 Gavin presented the petition with a total of almost 1,500 signatures to the District Council which will be sent to the Planning Inspectorate early this week.

Residents from across Cheslyn Hay and Great Wyrley are united once again in this campaign, helping to organise and distribute petitions which were hand delivered to homes across the area.

After submitting the petition Gavin said: “I have been contacted by around 1,500 residents who are completely against these proposals to build around 100 houses on land off Upper Landywood Lane.

“Action has to be taken so that these proposals are thrown out I have campaigned hard with local residents on similar proposals twice before and I will be opposing these ridiculous plans once again. It is vital that we are dedicated in the battle to preserve our green belt land and the distinct identity of our individual villages.”