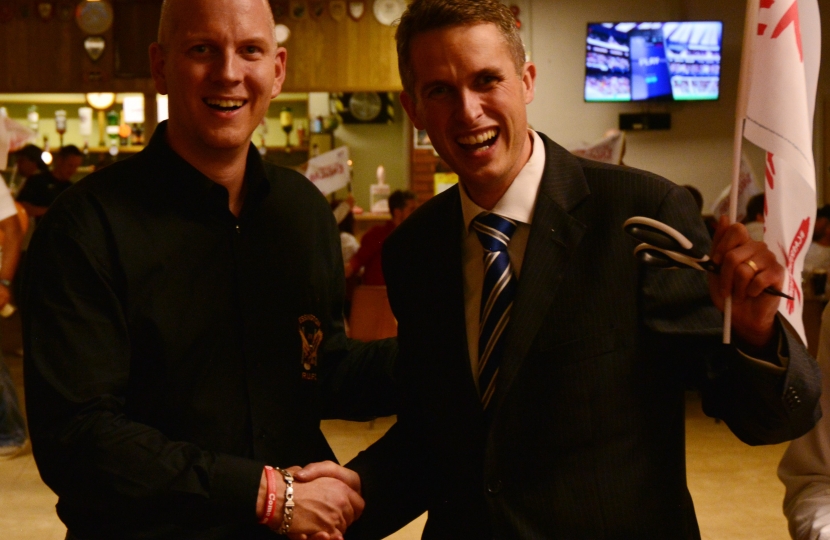 The opening coincided the beginning of the Rugby World Cup when England faced Fiji and triumphed 35-11.

Gavin gave a speech to players and supporters of the club who had gathered to watch the beginning of the World Cup Campaign and see the unveiling of the club house for the first time since its refurbishment.

The club is a centre for the community, not only providing a home for rugby, but also is used by a local dog club, karate club and also used for family events such as birthdays and engagements. The clubhouse has also hosted a number of charity events in the past few years, such as Sport Relief.

The club signed the lease on the facility in early 2008 which means that solid plans to upgrade the grounds, club house and facilities can be put in motion. In addition, the signing of the lease means the club can apply for support from the RFU and develop the facility into a greater resource for rugby and the community.

After opening the club house Gavin said: “I had a fantastic time at Essington Rugby Club. It was brilliant to see so many players so enthusiastic about the sport and the World Cup. The work that the club puts into the community is so important to promote and enjoy the game of rugby in a safe and happy environment. I look forward to hearing more about their success of the club in the future.”