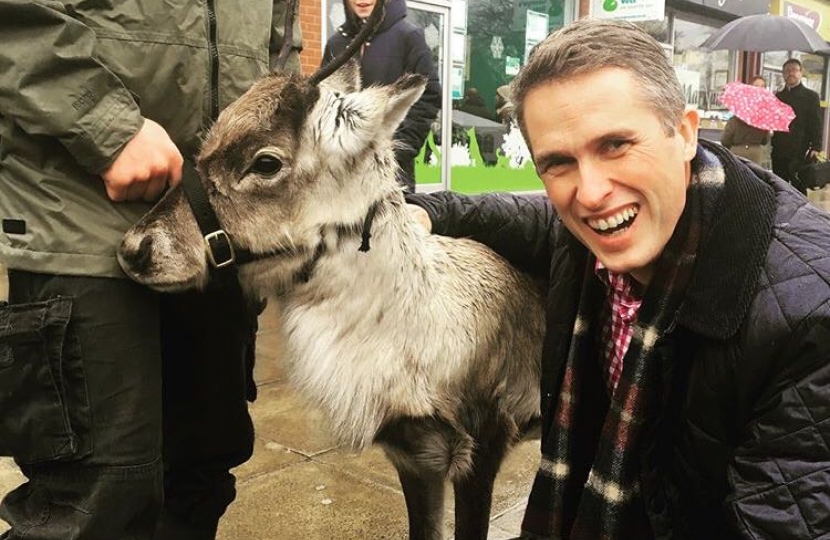 The annual Fair, which has been running for five years now, was held on Saturday in the centre of Perton.

Visitors were given the opportunity to meet Father Christmas at his Grotto in the Library, as well as meeting his reindeers outside. Keeping with the festivities, Perton Middle School choir performed Christmas hymns and songs for visitors on the main stage which was a huge success.

Gavin officially opened the Fair and thanked the individuals who had dedicated so much time into organising the event.

Commenting on the day, Gavin said: "It was an absolute pleasure to officially open Perton Christmas Fair again this year.

The Perton Middle School Choir were absolutely fantastic and I know they worked so hard to prepare for the event. Without a doubt, the Fair continues to go from strength to strength and I was really pleased to see that so many people attended again this year. I would like to thank the organisers for all their hard work and for making the event a huge success."