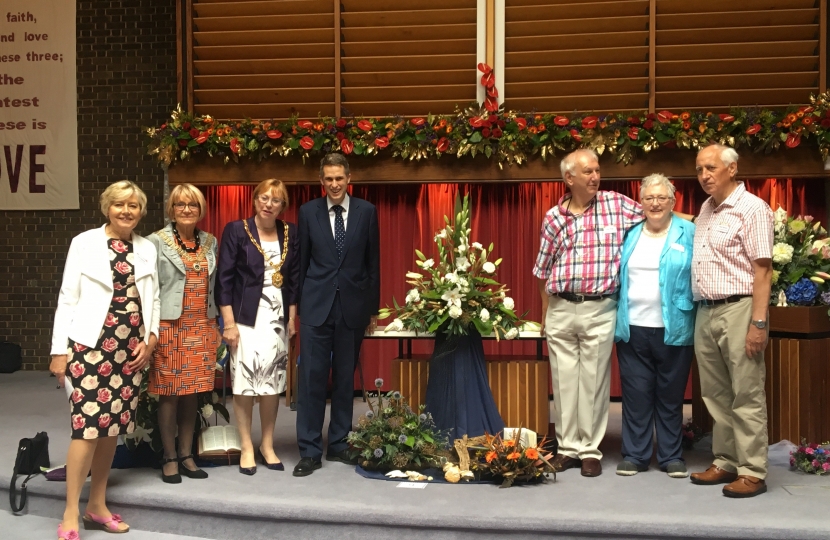 Codsall Trinity Methodist Church hosted a Flower Festival from Friday 28th July to Monday 31st July which was in celebration of their 50 Year Golden Anniversary. Alongside a display of flowers staged by flower clubs, florists, churches and floral arrangers, residents sang hymns and celebrated all the work the church has done since opening in October 1967.

Since its opening, the church has been a beacon of the community and holds a wide range of events which engages people from all backgrounds. These include a Ladies and Mens Fellowship, a Ladies Tuesday Club and a Trinity Craft Club.Alongside this, they do a massive amount of work for local food banks and international charities which has had a brilliant impact.

Commenting on the day, Gavin said: "It was absolutely wonderful to visit Codsall Trinity Methodist Church last Friday to officially open the Flower Festival, as well as celebrating their 50 Year Golden Anniversary. The church has been making a massive impact since it was officially opened and I am always so impressed to see the work they do for local and national charities.

The Flower Festival was fantastic and it was impressive seeing the large array of flowers that local flower clubs, florists, churches and floral arrangers had put together. It is clear that the church connects and unites residents within the community, as well as providing support for those who need it most. "