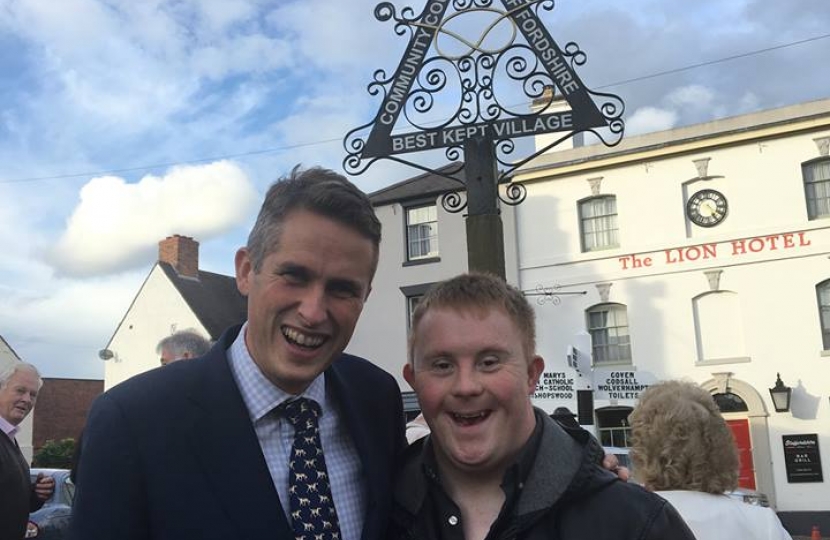 Gavin Williamson, MP for South Staffordshire, recently met with Bobby Dunbar who has won a gold medal at the Special Olympics National Games for table tennis.

Commenting on Bobby’s success, Gavin said: “I was so impressed to hear that Bobby Dunbar has won a gold medal at the Special Olympics National Games for his efforts in table tennis. This is such a fantastic achievement and he has made us all feel very proud.

Bobby is such an inspiring and hardworking member of the community and I know that he will continue to be successful in all he does. I very much hope that his success and hard work will inspire others within South Staffordshire.”