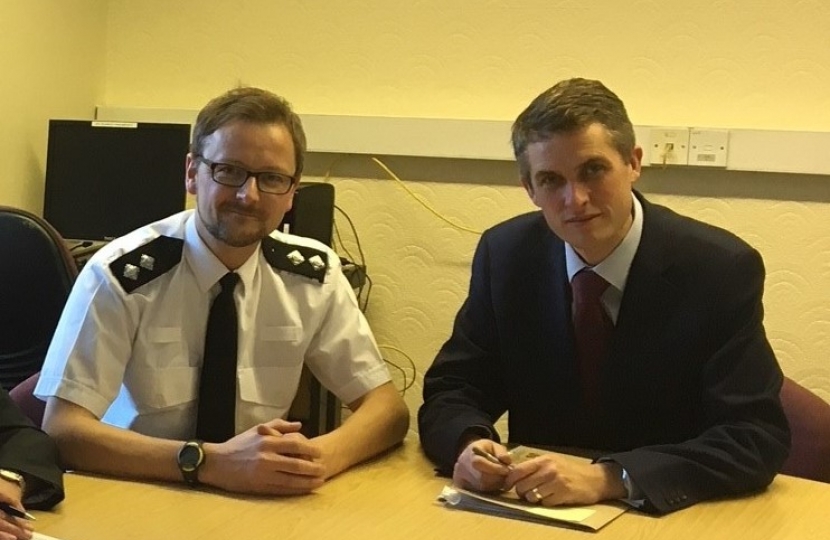 A number of residents in Wombourne and Codsall have contacted Gavin recently regarding crime levels. Gavin organised a meeting with SGT Richard Gorman, a member of the local policing team for Wombourne, as well as Inspector Richard Meaden, the South Staffordshire LPT Commander. He was also joined by local representatives from the County and Parish Council.

Commenting on the meeting, Gavin said: "It was incredibly useful to meet with the police to discuss the concerns that have been raised regarding crime in the constituency. They gave me reassurance about what is being done to tackle suspected criminality, and I was informed that a number of prosecutions have already been made. They also reassured me that actions to tackle crime in South Staffordshire will continue going forward".