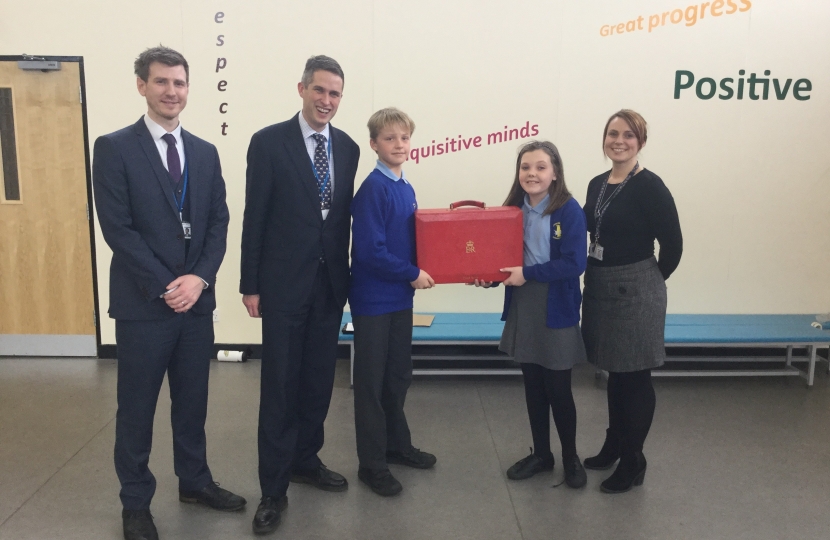 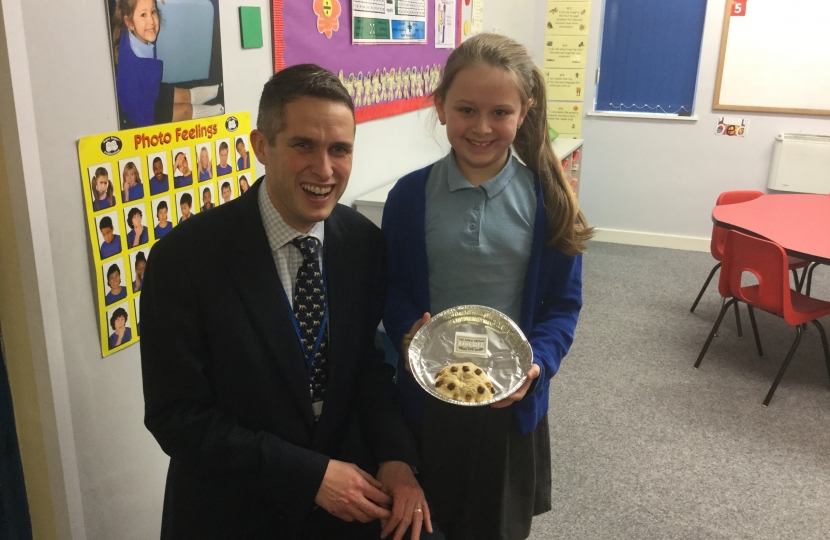 Gavin met with new headteacher Craig Griffiths who began his new role at the start of this term. He was given a tour of the school from year 5 and 6 pupils, visiting different classrooms and judging the year 4 “bake-off bread competition” which was won by Evie Robbins.

Pupils were taking part in their British Values and Democracy Week, learning about the right to vote, laws and rights of constituents. Gavin hosted an assembly centred on the subject and spoke about the roles that Members of Parliament play.

Students were then given the opportunity to ask Gavin questions about his job which included the role of the Serjeant at Arms, his meetings with the Prime Minister and what he carried around in his Chief Whip’s red box.

Following his visit Gavin commented: “It was great to meet Cheslyn Hay Primary pupils and teachers during my visit last week and welcome Mr Griffiths so soon after he had started his new role. I really enjoyed taking part in the British Values and Democracy Week and answering the questions from pupils as part of the subject. I think it is wonderful that the school is encouraging pupils to learn more about the important role that democracy plays in this country.

“I would also like congratulate Evie and all those budding bakers who took part in the bake-off competition, it was extremely hard to choose a winner and I very much enjoyed testing all the fantastic creations.”