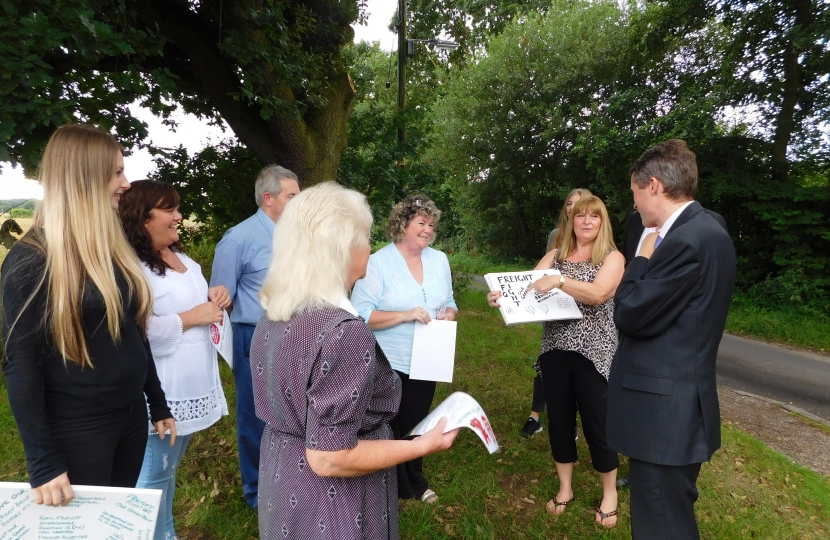 Gavin Williamson, MP for South Staffordshire, will be hosting a public meeting for residents affected by the West Midlands Interchange Rail Freight Hub.

The meeting, which will take place on Friday 21st April at Coven Memorial Hall from 7pm, will give volunteers the opportunity to highlight their own concerns to Gavin and organise campaign material which will be distributed across Brewood, Coven, Four Ashes, Coven Heath, Hatherton and Calf Heath.

As part of his campaign against the proposals, Gavin will also be conducting a survey of all residents and present the results to the District Council to emphasise the strong opposition to the development.

In addition to Gavin’s campaign, there will also be a public consultation giving residents a vital opportunity to object to these proposals. Although the date has not yet been announced, Gavin is urging as many residents as possible to voice their own opposition.

Commenting on the campaign Gavin said: “I believe that the building of this rail freight terminal will see a substantial rise of noise, sound and air pollution, cause a massive increase in traffic and will have a huge impact on residents in our villages surrounding the proposed site. It is further evidence of the Wolverhampton urban sprawl entering our countryside and robbing us of our green belt.

“I will be doing everything that I can for residents to reject the plans for this development. These proposals would cause disastrous and irrevocable damage to our villages. I am determined to fight these proposals and ensure that the voice of South Staffordshire residents is heard loud and clear.”

Residents who wish to volunteer should email Gavin at gavin@gavinwilliamson.org