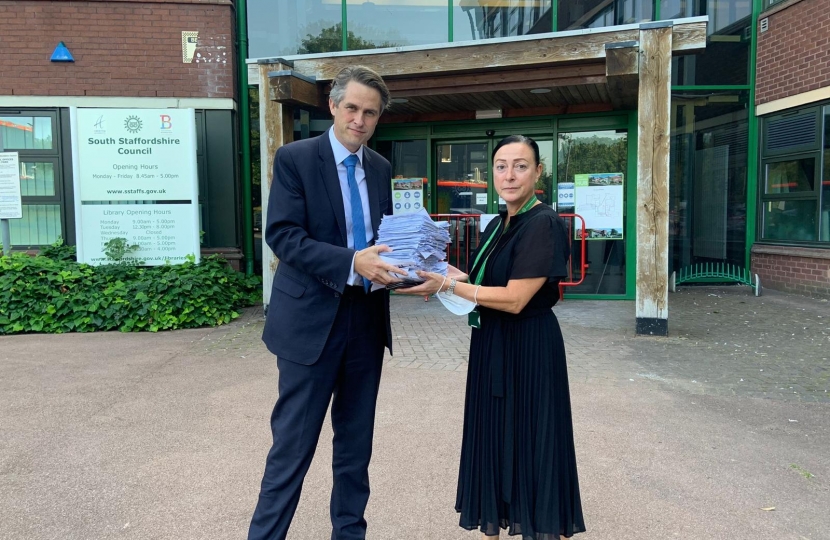 The petitions are part of a campaign led by the MP to force the South Staffordshire District Council to reject Application ‘21/00631/FUL’ seeking permission to build 50 houses on Landywood Lane, Great Wyrley. Similar plans to build on green belt land have been successfully fought by the MP and residents at the local council level in 2013, 2015 and 2017.

The petitioners objected to the development plans on the basis that the continued encroachment onto green belt land will lead to environmental damage and the erosion of the distinct identity of individual villages.

Gavin said: “Once again, I am standing with the 2,230 residents that have signed my petition against the construction of 50 houses on Landywood Lane. We have campaigned tirelessly to shield our cherished green belt from environmental damage and to protect the distinct identity of our villages. Now, it’s time for the South Staffordshire District Council to listen to the will of its residents and rejects this inappropriate proposal.”