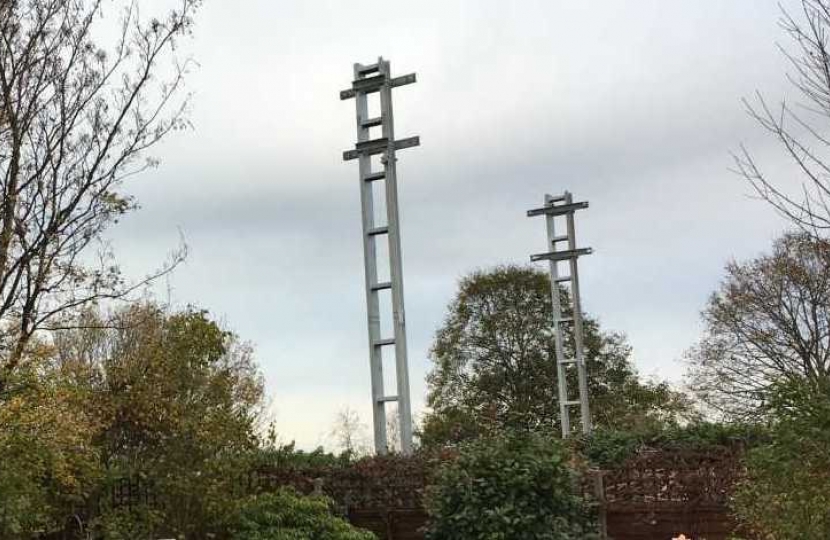 Gavin Williamson, MP for South Staffordshire, has been contacted by residents in Cheslyn Hay and Great Wyrley regarding the installation of 17ft stanchions along the railway

As part of the electrification and upgrade of the railway between Rugeley Trent Valley and Walsall, Network Rail has been making changes to the railway that runs through Cheslyn Hay and Great Wyrley. Residents who live next to the track are concerned that the stanchions will have a negative effect on property prices in the area as well as altering the view from their homes.

Commenting on the issue, Gavin said: "I was very concerned to hear that Network Rail has installed 17ft stanchions along the railway in Cheslyn Hay and Great Wyrley. I have been contacted by a number of residents who have homes backing on to the track, and I know that they are concerned about the compromised view as well as the impact on the value of their homes.

I have contacted both Network Rail and the Secretary of State for Transport to urge them to address this issue and to look at the concerns of the residents who are affected."