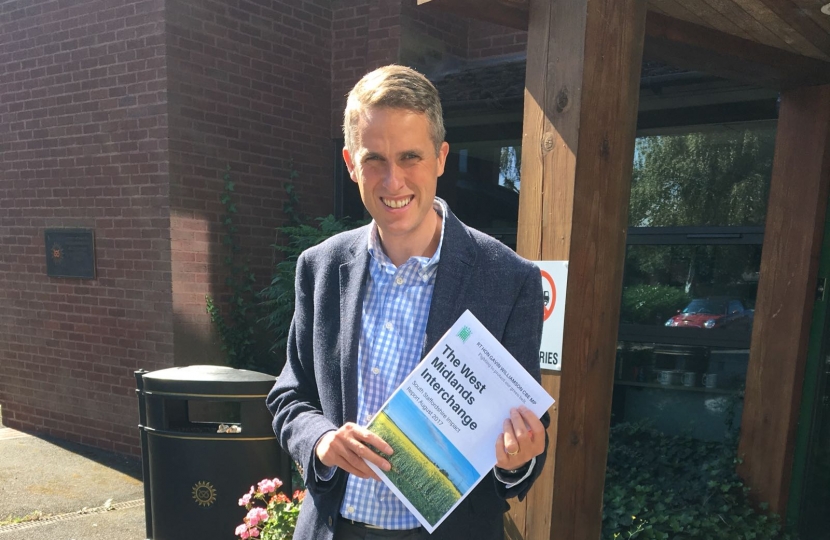 Gavin Williamson, MP for South Staffordshire, compiled a report with the results of a referendum he held in April 2017.

On the 21st April, Gavin held a public meeting at Coven Memorial Hall where willing volunteers helped stuff and deliver envelopes with referendum forms to all households in surrounding areas. Overall, over 3000 referendum forms were delivered.

In total, Gavin received just over 1,400 responses in which 99% of residents agreed with Gavin that the planning application should be rejected by the Planning Inspectorate once it is officially submitted.

Commenting on the report, Gavin said: "The Stage 2 Consultation for the WMI will end tomorrow. Thank you so much to all those who have commented on the proposals and delivered a completed referendum form to my office.

I have now delivered the results of the referendum to South Staffordshire Council, as well as Four Ashes Ltd, which states that an overwhelming number of residents do not want to see this development go ahead. Overall, 99% of the 1,400 people who have responded believe that this application should be rejected due to the negative effect it will have on our green belt, as well as local traffic and pollution levels. Alongside this, residents believe that the development will undoubtedly jeopardise the distinct identity of our villages.

I hope that our voices are well and truly heard by Four Ashes Ltd. We are so fortunate to live in such a beautiful constituency; it is deeply unfair that developers are completely disregarding our countryside and way of life when submitting these applications."

For more information on how to object, please visit https://www.gavinwilliamson.org/news/gavin-urges-constituents-respond-second-wmi-consultation.