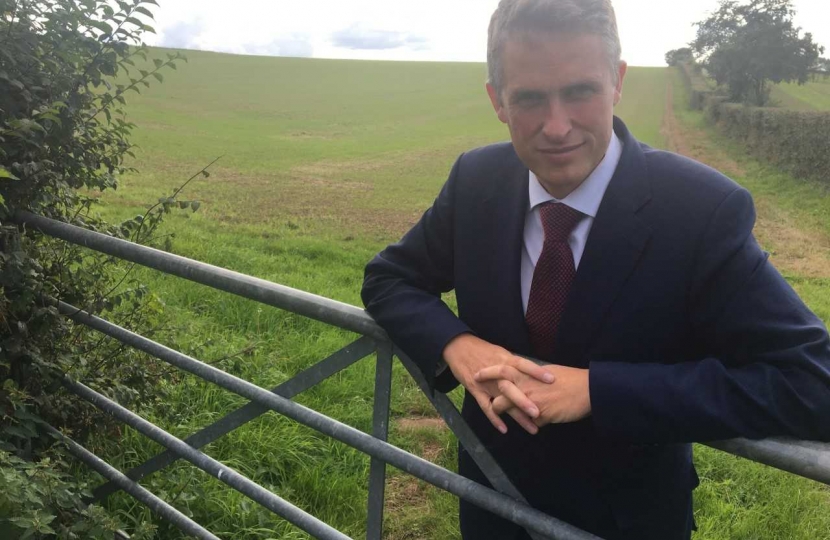 Gavin Williamson, MP for South Staffordshire, has repeatedly campaigned against proposals with residents.

The application to erect up to 90 dwellings at land off Upper Landywood Lane will go to the District Council Planning Committee on Tuesday. The application has been hard fought by local residents who are concerned that the development will encroach on our green belt, increase traffic in already congested areas, threaten the distinct identity of the village and cause environmental damage.

Residents, with the support of Gavin, have fought similar applications before and, earlier this year, distributed over 1,500 petitions across areas of Cheslyn Hay and Great Wyrley. In June, Gavin delivered the results of the petition to the Chief Executive of South Staffordshire Council which demonstrated that almost 1,500 residents were opposed to the development going ahead.

Commenting on the proposal, Gavin said: "I stand with almost 1,500 residents who are opposed to a development being established at land off Upper Landywood Lane. We have already fought against similar proposals before and, in June, I delivered petitions I received from residents of Cheslyn Hay and Great Wyrley to South Staffordshire Council.

As I have said before, this development is not wanted nor needed by residents of Great Wyrley and Cheslyn Hay. I believe that these proposals will not only threaten the identity of the two villages of but also irreversibly damage our green belt land.

I have written to the Chief Executive of South Staffordshire Council, in advance of the Planning Commitee meeting next week, and made it absolutely clear that residents do not want this application to go ahead".