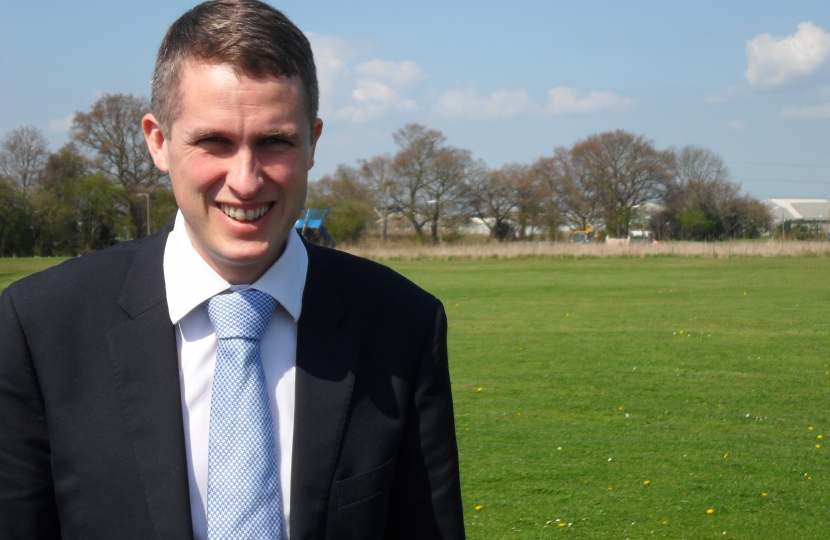 Gavin Williamson, MP for South Staffordshire, congratulates the group on their fantastic achievement and work in the community.

Wyrley Juniors FC have won the Charter Standard Community Club of the Year Award at the 2017 FA Community Awards, presented by McDonalds UK. The award recognises the work that the club has put into a series of projects such as the development of club infrastructure to secure a long term future, delivering the FA Respect Programme, showing new and innovative ways of developing their players, and working as a beacon of their local community by hosting community charity events.

Recognising diversity within their community, the group have gained two new disability teams and a new walking football side. They are also the first club in the region to have a ladies veterans’ team and they are currently developing a team for blind players.

Commenting on their success, Gavin said: "I feel so incredibly proud of Wyrley Juniors Football Club for winning the Chartered Standards Community Club of the Year award at the 2017 FA Community Awards. The group continues to go from strength to strength and the fact that is recognised on a national level is absolutely brilliant.

I am so glad that they are getting the recognition they deserve by winning this award as the work they have done recently, such as  working to create a club for blind players, is having such a positive impact within the community. I look forward to seeing the results of all their hard work and I feel so proud that they continue to represent South Staffordshire in a highly positive way."

The group have been invited to receive the prestigious award at Wembley Stadium before the Community Shield on Sunday 6th August, which will then be followed by the match between Chelsea and Arsenal.