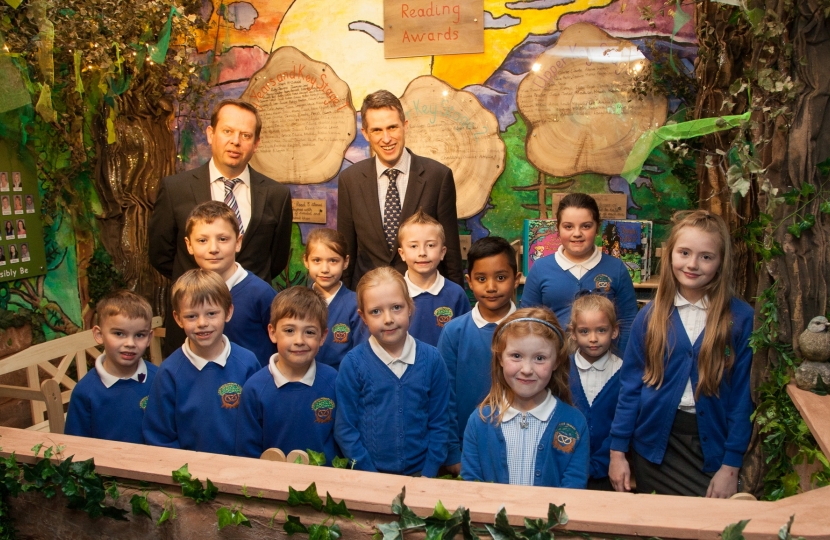 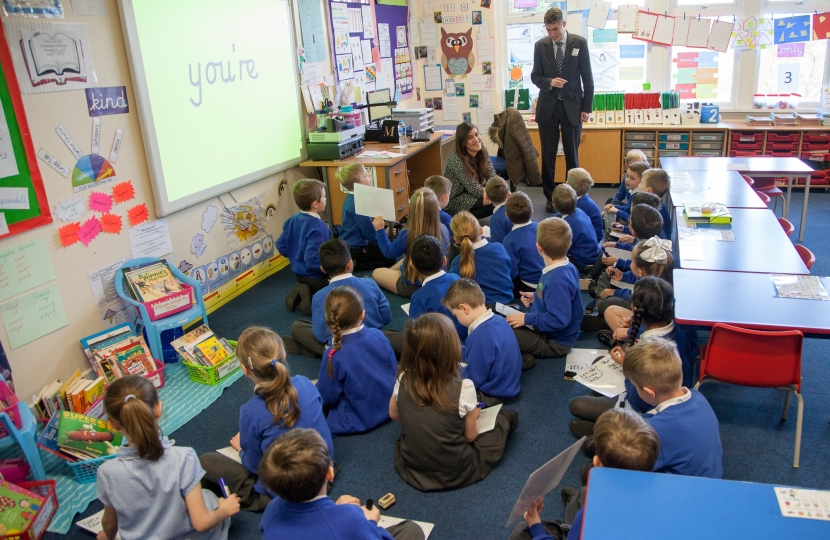 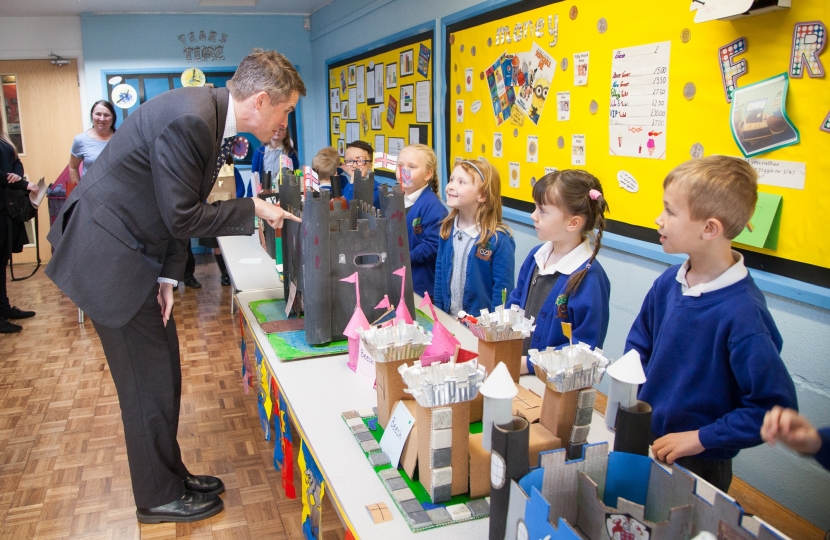 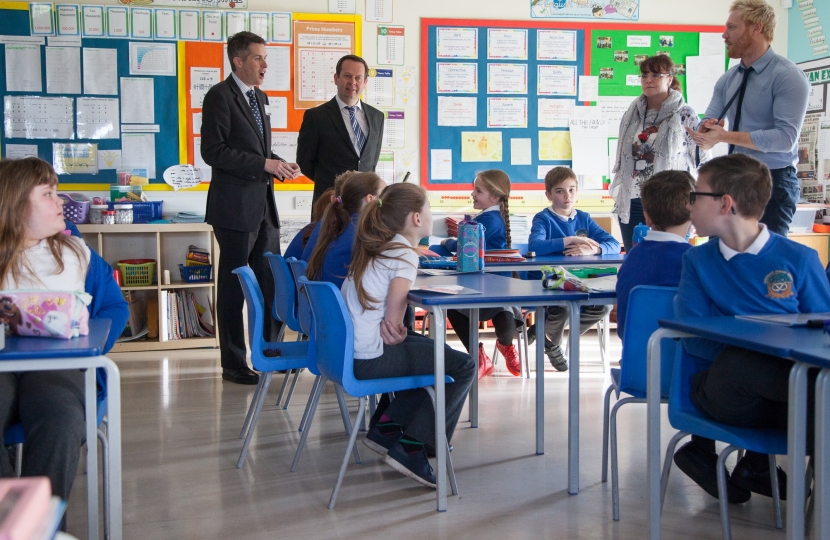 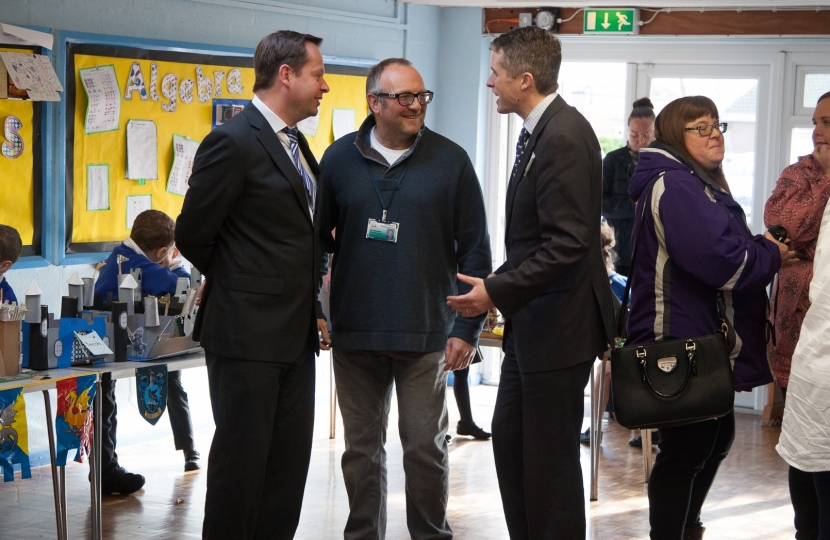 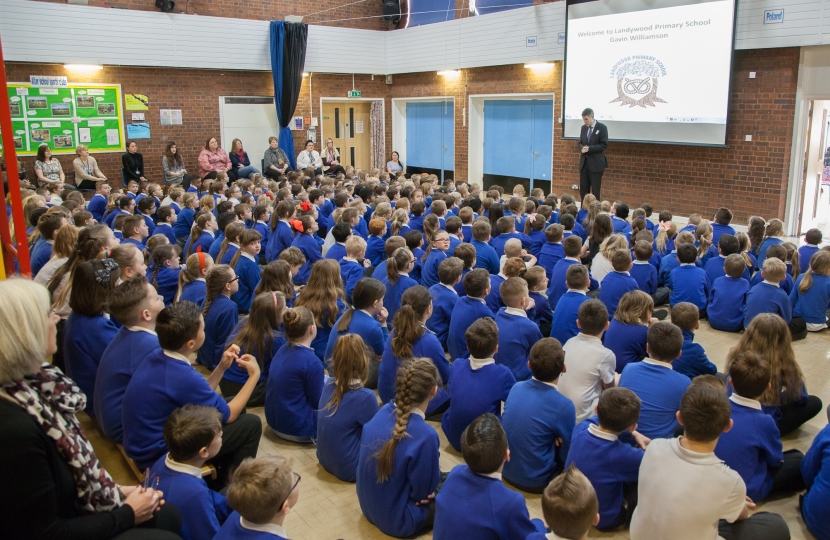 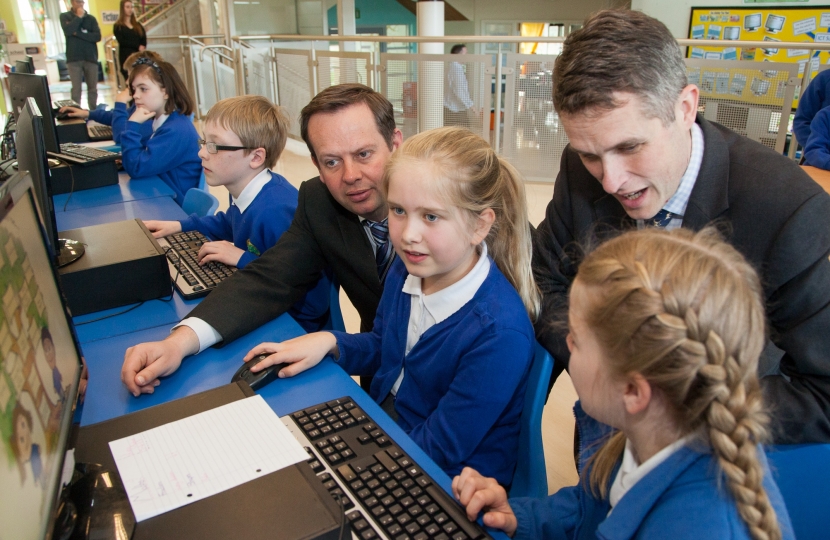 During his visit to the school Gavin joined a number of pupils in their lessons. He visited year 2 pupils and observed their phonics lesson and year 6 pupils who were learning about computing. Year 1 pupils were presenting their castles projects to their parents as part of their ‘community learning’ over a 6 week period.

Following his tour, Gavin hosted an assembly and celebrated their newly achieved ‘good’ Ofsted rating, encouraging pupils give their teachers a round of applause for all their hard work.

Gavin also gave a few words of encouragement to the students and congratulated them on their continued hard work and academic performances, as well as telling pupils about his own job as an MP and Chief Whip.

He ended his visit in the school playground with Key Stage 1 pupils who were learning about ‘living things’ as part of the curriculum. Pupils had a special visit from a sheep and two lambs which had come to the school for the day to help with their learning.

Commenting on the visit to the school Gavin said: “I was so delighted to be invited back to Landywood Primary School to host an assembly in recognition of the outstanding efforts made by students and teachers following a recent inspection. It is clear from the lessons that I observed that every child was thoroughly engaged in their education and were a credit to the school.