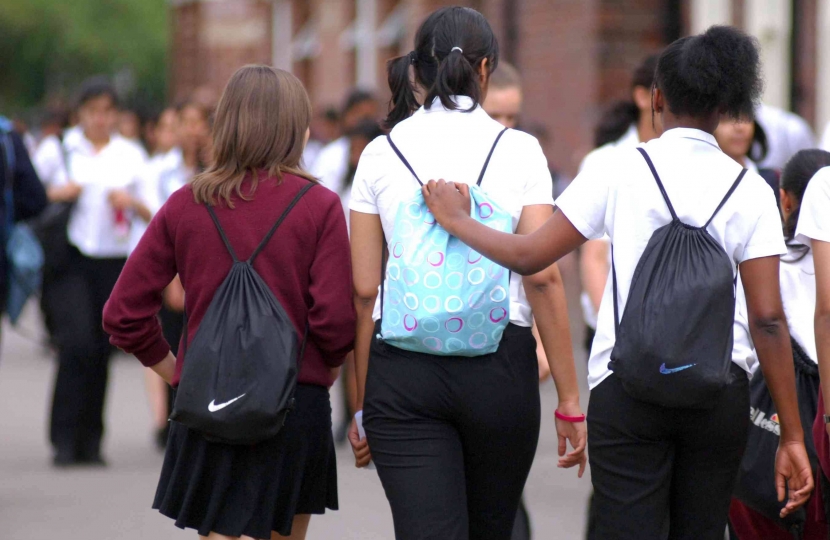 Gavin Williamson, MP for South Staffordshire, has called for a debate to take place in Parliament on fair funding for schools.

The step follows a recent Statement on fair funding by the Minister of State for Schools, Mr. David Laws MP.

During his Statement, Mr. Laws announced a new £350m fund to help schools with the lowest allocations, describing the step as the ‘start of the transition to fairer funding and eventually a national funding formula.’

However, the Minister failed to announce when the new, national fair funding formula would be introduced or any significant, further details on the scheme.

Gavin said: “While the additional money is extremely welcome, it only helps a small percentage of schools. It does nothing to support schools in many areas, such as South Staffordshire, where students continue to get an unfair deal on funding.

“It is extremely important that we get a proper debate to further discuss these issues and to ensure that all pupils in the UK are provided with an equal start in life. We need this money now and not in five years time, when it may already be too late for many pupils.”

Gavin recently challenged Ministers on whether funding would be increased for South Staffordshire schools and when the new, national funding formula would be introduced. He is currently awaiting a response to his queries.

In South Staffordshire, the average overall spending per pupil is £5,129 compared to the nearby/neighbouring authority of Wolverhampton, which receives £930 more.

The local education authority of Staffordshire, within which it lies, is ranked 140 out of 151 in the UK for Dedicated Schools Grant funding.

Gavin is a member of the f40, a cross party group that acts on behalf of the lowest funded education authorities and has been campaigning for a fairer deal since the 1990s.

Last year, he joined over fifty Conservative colleagues in writing to the Secretary of State for Education to back his plans for a new national funding formula and call for a fairer deal on school funding to start as soon as possible.