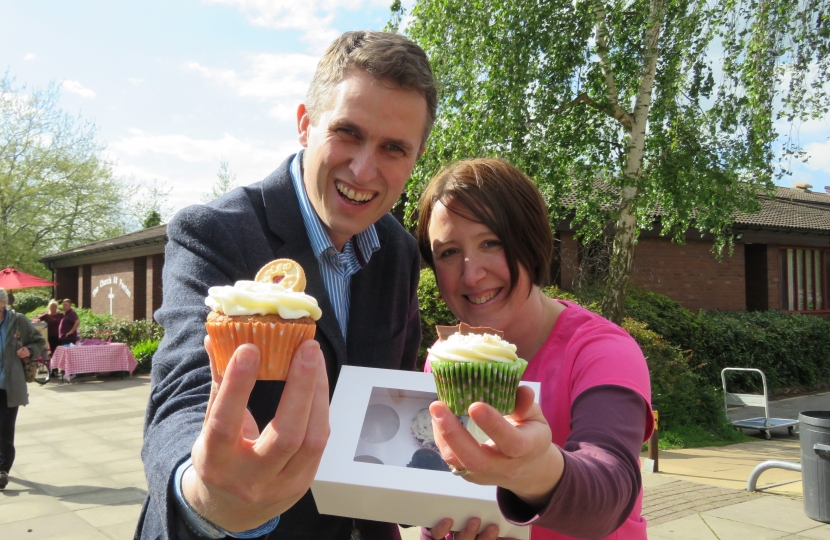 Perton Carnival, which has been running since 1980, is Perton’s largest public event. Guests at this year’s festivities were treated to a zumba class, belly dancing and magic shows at the Civic Centre, as well as a host of other amusements including go karts, bouncy castles and a bungee run.

Gavin was also invited to judge the floats in the carnival’s annual procession, led by St Gregory’s marching band, as it made its way from Gainsborough Drive to Severn Drive. Gavin handed out trophies at the end of the parade route with the award for best float going to Perton Scouts.

Later in the afternoon, Gavin drew a raffle in aid of Perton Youth Club and spent time speaking to residents at his own stall. He also had the opportunity to sample cupcakes made for the occasion by Wombourne baker Louise Ward of Bakerlou.

Gavin said: “Attending Perton Carnival was a brilliant way to spend the second ever Staffordshire Day. The carnival is always such a credit to the organisers and seems to get better year on year. It was a privilege to once again be asked to hand out the prizes at the parade and I would like to congratulate everyone involved for staging such a wonderful event.”