Gavin and Councillors launch bid to save Police Station in Wombourne 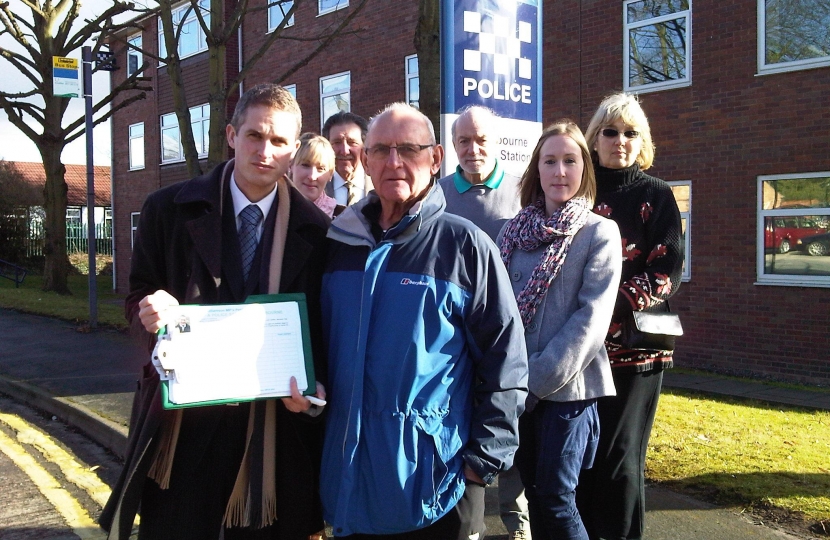 On Saturday 12th February Gavin Williamson MP alongside local residents and Councillors launched a bid to keep a police presence in Wombourne.  As part of the campaign to maintain a Police Station in Wombourne to support the village and surrounding areas Gavin was out around the village on Saturday afternoon collecting signatures for his petition.

Commenting on this Gavin Williamson said:

“It is absolutely vital that a Police Station remains in Wombourne.  Without it residents may feel insecure and the low crime rate could potentially be put at risk.  I hope that getting as many signatures as possible will send a clear message to Staffordshire Police that even if a new police station needs to be found it is vitally important to keep a Station in Wombourne.”

Gavin is hoping to get as many signatures as possible in order to prove just how seriously the residents of Wombourne take their desire to maintain a  Police Station in Wombourne.  If you are interested in supporting the campaign please do email your support to him at gavin.williamson.mp@parliament.uk and if you would like a copy of the petition please do not hesitate to contact him.