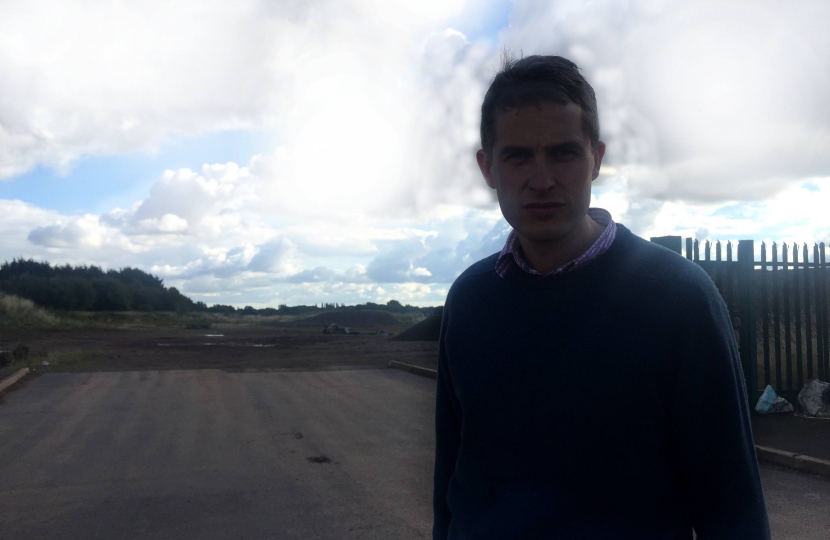 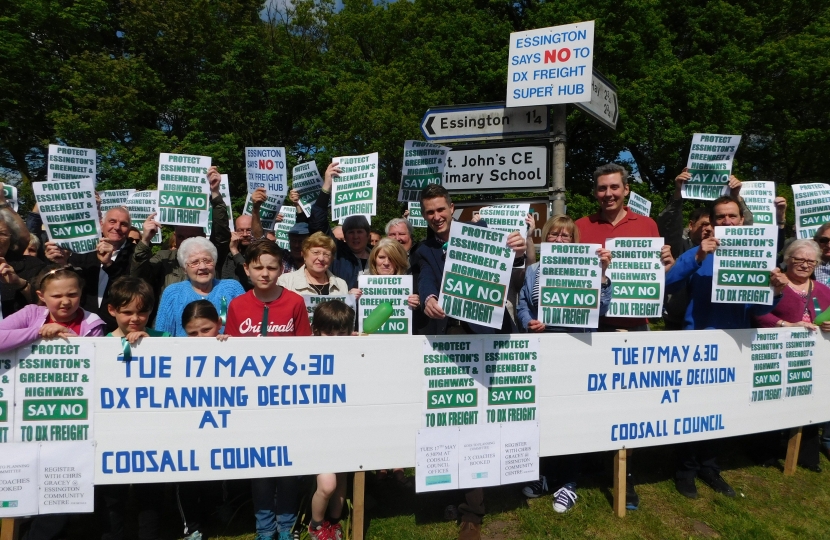 Plans were submitted to build a DX Freight Super Hub in Hobnock Road, Essington. I believe that the building of the Super Hub would have increased noise, sound and air pollution, having an impact upon the quality of life of residents in Essington.

The increase in HGVs, vans and cars passing through Essington would cause traffic chaos and congestion in the village and surrounding areas. The area that the DX Freight Super Hub was proposed for also lies within the green belt and it is my belief that we should do all we can to protect our green belt land in Essington and South Staffordshire.

Gavin held a campaign event with close to 100 volunteers helping to organising and prepare the survey and referendum forms to be hand delivered to all 2000 households in Essington, with 99% of respondants saying that they were against the DX Proposals.

On Tuesday 17th May South Staffordshire Council's Planning Committee voted against the proposals.