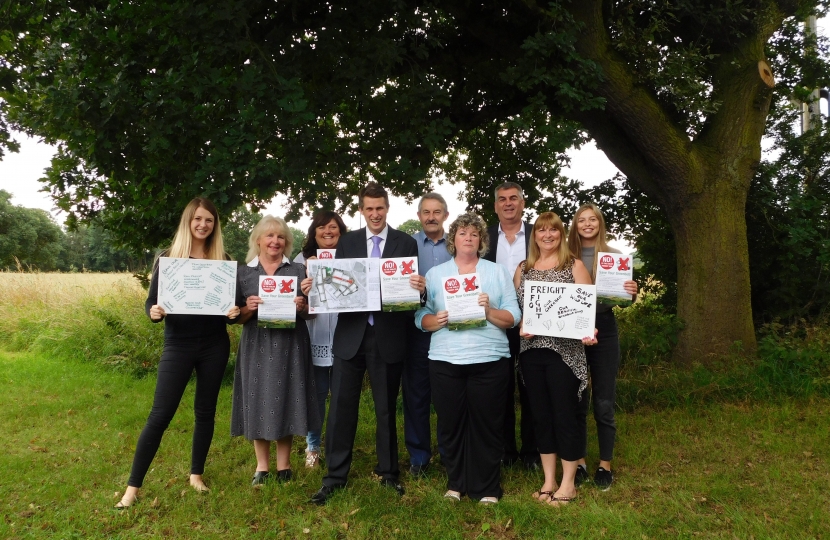 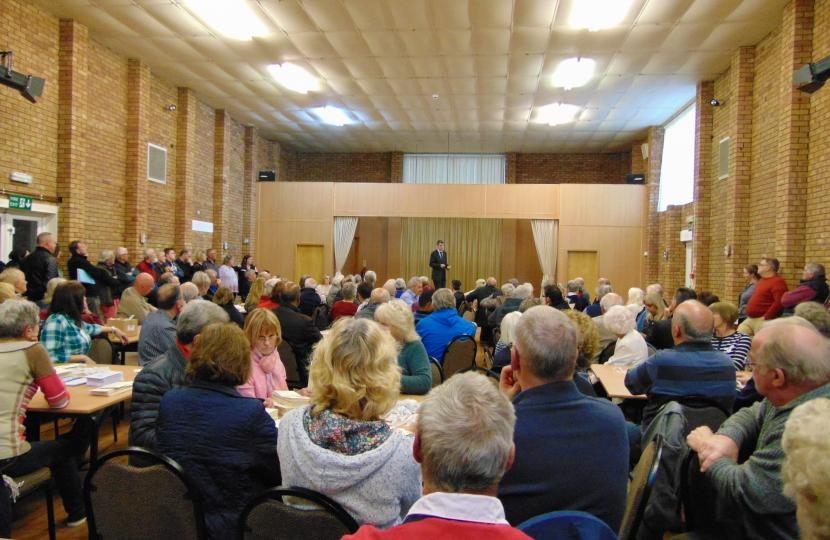 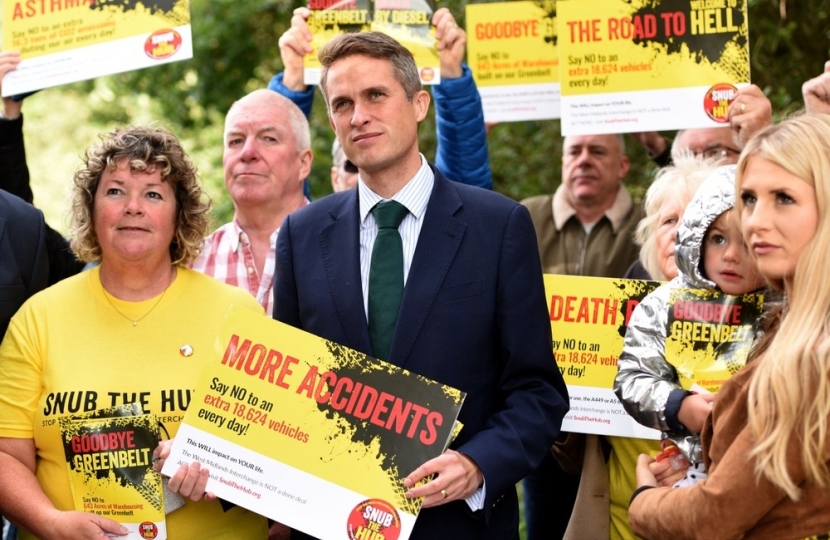 Gavin has fought against the plans at Four Ashes, on land west of Junction 12 of the M6. The site would comprise warehousing and other associated development totalling approx. 800,000 square metres. It would be linked directly to the West Coast Mainline, however, potential tenants would not have to link to the railway and could use the site as a standard industrial estate should they so wish. The site in total covers approximately 618 acres, mainly of Greenbelt land.

In 2017, Gavin held a large public meeting at Coven Memorial Hall which was attended by over 300 residents. At the meeting, volunteers stuffed envelopes with referendum forms which were then distributed to thousands of households in areas that would be impacted by the development.

Following the delivery, the referendum showed that 99% of responders were against the development going ahead.

The next stage of the process requires individuals to register with the Planning Inspectorate and comment on the proposals. Commenting, Gavin said:

"There is a final consultation and everyone will have the opportunity to comment on these proposals. Both I and Jeremy Lefroy MP oppose the proposals. I have worked alongside residents and campaigners before to oppose this, and I am ready to do so again at this next stage of the planning process.

The proposal would greatly increase traffic on the A5 and A449 as well as building over a large amount of Greenbelt land. While they will create jobs, it is likely – given the location – that the people employed will come from a wide area, thus adding further to local traffic. We would emphasise that, despite what you may have read elsewhere, no decision has yet been made on this application and will not be made until the end of the planning process. However, what is vital is that everyone takes the opportunity to have their say in the consultation. Having spoken to constituents, two of the phrases we are hearing are “It’s a done deal” and “The decision’s already made. Please be in no doubt, it isn’t and it hasn’t. The only way this planning application is a done deal is if the local community doesn’t take part and have their say, that’s why we need your help. Now is the TIME FOR ACTION."