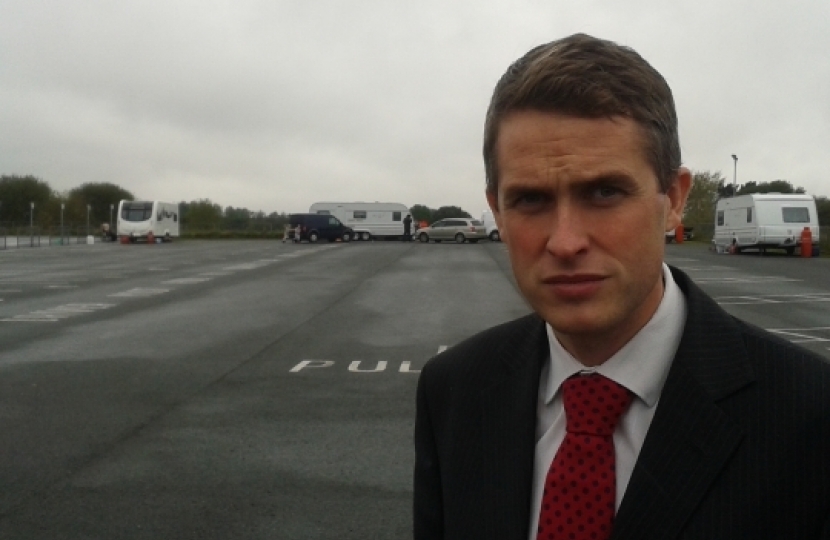 The fight to protect our green belt land has been one of Gavin's key campaigns since his election in 2010. He regularly speaks in debates in the House of Commons and Westminster Hall on the issue and has campaigned on local radio for the additional pitches required to be disbanded.

During the last Parliament, Gavin delivered a petition against new proposals to provide extra pitches around the constituency. The petition, which had 1,545 signatures from residents across South Staffordshire, stated that South Staffordshire already had 130 Gypsy and Traveller pitches which is surplus to requirements and that the Council’s intention to increase the allowance of pitches over the next 15 years should not be allowed.